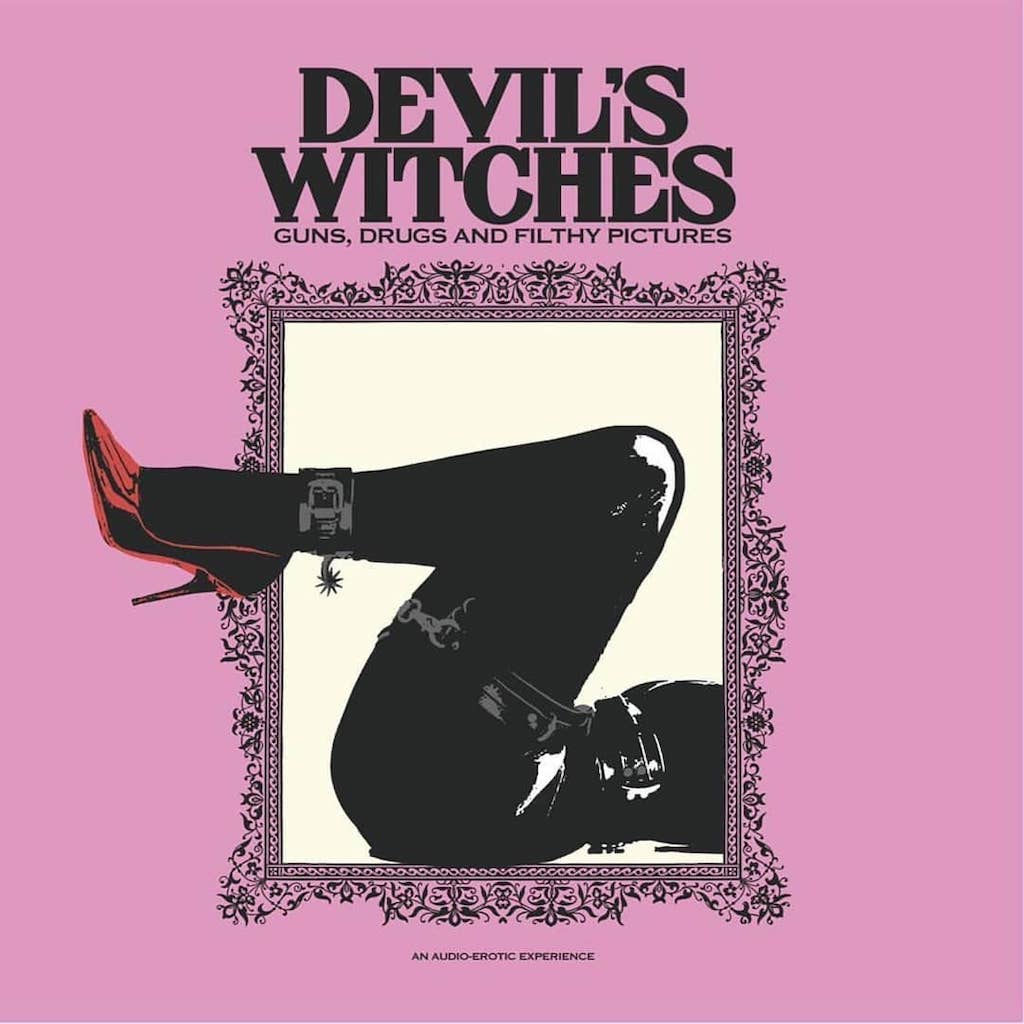 One of the 2019’s newest and most exciting underground labels – will launch its first foray into Record Store Day this year with the limited-edition release of Guns, Drugs and Filthy Pictures, from one of cult rock’s most enigmatic superpowers, Devil’s Witches.

Marking the three-year anniversary of the band’s debut album, Velvet Magic, Devil’s Witches may have started out life as a one-man band but has since gone on to build a following and fanbase as incredible as their sold-out back catalogue of unique vinyl releases.

Never one to play by the rules, the band was originally founded by the mysterious multi-instrumentalist, Witchdoctor General, but has since gone on to welcome a number of honorary members into the fold. For this special two-track release the ’General is joined once again by The King’s Pistol’s bassist Andy Shardlow, along with latest recruit in lead guitarist Daniel Jones, known online as East London Blues.

Guns, Drugs and Filthy Pictures will be available as a Record Store Day exclusive on 29th August as a 10″ magenta/black splatter vinyl, limited to 1500 copies