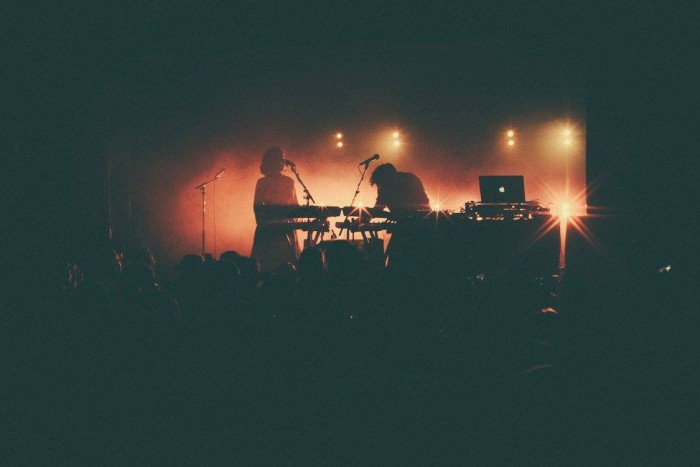 This news follows a transformative year for the now Sydney-based music duo that just over a year ago, surprised audiences with their charming debut self-titled EP. Trans-continental in nature, independently released and with no initial following, their music soared to #1 on Hype Machine charts hours after upload, received nods from triple j unearthed, FBi Radio, AIR and Rdio as their feature artists shortly after and has reached over 10 million online streams to date. The band continued to hit the ground running on the Aus iTunes Electronic Album and Singles Chart for ‘Young’ at #2 and #23, debuting in the Top 100 ARIA singles chart.

The story continued on the live stage as they played their first string of performances including two sold-out theatre shows supporting Of Monsters and Men, the Official Splendour Pre-Party with Tkay Maidza, Elliphant and Flight Facilities, and a packed out crowd of 8,000 at Splendour In the Grass in one week. Watch a mini-documentary made by the team at triple j Unearthed following them during this time, titled ‘From Start to Splendour’ here. Their debut headline dates in Sydney and Melbourne sold out in less than a day and their follow up EP tour saw two Oxford Art Factory’s, The Brightside and four Northcote Social Club’s go well before the start of their October run. The year was rounded out with two nominations for triple j’s ‘Best Unearthed Act’ and FBi Radio’s ‘Next Big Thing’ and festival performances at Falls and FBi’s SMACs.

To mark the end of 2015 and the beginning of a new year, the pair have shared the stems of their debutVallis Alps EP to the public. Of the release, Vallis Alps note, “This decision was made following a conversation we had on the importance of being transparent about our ideas, processes, and skills in order to contribute to a more open and collaborative world. During the recording and mixing of our EP, we watched countless YouTube videos and received advice from many musicians and friends that influenced the style, texture, and instrumentation of our music. It was really empowering for us to learn from others and to hear about their respective creative processes. We hope that releasing our stems will not only allow people to understand how our music was made, but also encourage other creatives to reflect on sharing their ideas.“. Download the files and full terms and conditions here.

2016 will see Vallis Alps return to the figurative tour bus, hitting the U.S. for their debut headline tourstopping off in Santa Anna, San Fran, L.A., SXSW, Brooklyn, New York and Seattle. Vallis will also be playing regional dates at the national Groovin The Moo Festival alongside the likes of Danny Brown, Vic Mensa and Ratatat. Full dates and ticketing information below.

Tickets on sale now via vallisalps.com/live