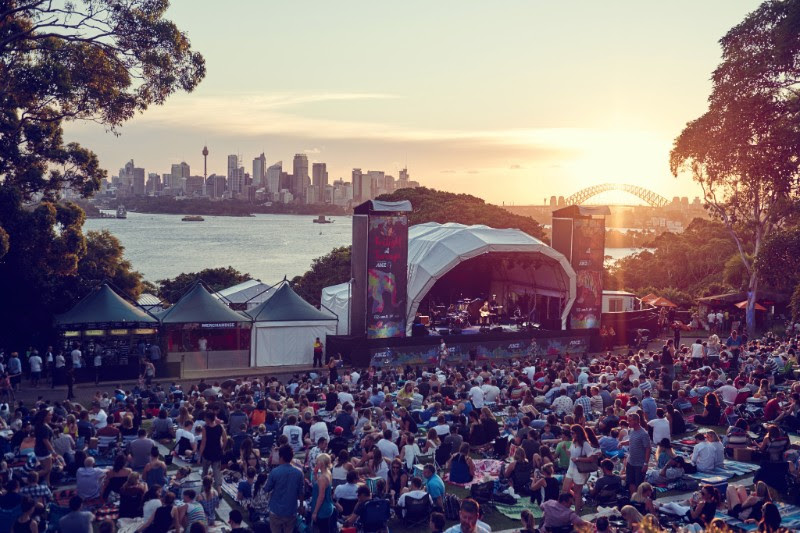 Twilight at Taronga presented by ANZ and Melbourne Zoo Twilights have sold out another three  shows. Tickets to The Living End ‘Twangin’ at Twilight’ Sydney and Melbourne shows have been snapped up as well as Jet’s reunion show in Sydney, and we are thrilled to announce second shows for both artists.

Quintessential Aussie punkers The Living End have added an extra ‘Twangin’ at Twilight’ show in each city after selling out in both Melbourne and Sydney. Playing their hometown on the picturesque lawns of Melbourne Zoo on the newly added date of Thursday 2 March, and ending a weekend takeover of Taronga Zoo for a second show on Sunday 5 March, the trio will be supported by Gabriella Cohen at all shows. Adding to their run of anticipated reunion performances, iconic rock band Jet will return to Taronga Zoo on Sunday 19 February for a second performance under the stars, following the sell out of their first show. Set against the stunning backdrop of Sydney Harbour, this will be an explosive rock ‘n’ roll show to remember.

The Rubens’ recently announced second shows in Melbourne and Sydney are on sale now, while Ball Park Music and The Jungle Giants’ co-headline shows are selling fast at both Zoos. Tickets to Björn Again’s Friday night performance in Sydney are still available following the sell out of their Saturday night show, and tickets to The Specials in Melbourne are selling quickly.

Tickets for all Twilight at Taronga presented by ANZ 2017 and Melbourne Zoo Twilights shows are on sale now from twilightattaronga.org.au and zootwilights.org.au

The ultimate destination for music lovers each year, Melbourne Zoo Twilights and Twilight at Taronga presented by ANZ will see audiences soak up the splendour of summer, as the sun sets over the inner-city gem Melbourne Zoo and harbour-fronted Taronga Zoo. The 2017 series boasts a diverse array of Australian talent, from the legendary Peter Garrett & The Alter Egos and Kev Carmody, through to influential groups such Jo Jo Zep & The Falcons and The Sports, george and Killing Heidi in a string of special reunion shows. Renowned internationals joining both Zoo lineups include hazy-rock star Kurt Vile, indie-pop duo Tegan and Sara and singer-songwriter Martha Wainwright. Dream-pop quartet Warpaint, along with celebrated Australian rockers Hoodoo Gurus and Paul Dempsey are taking to the stage at Melbourne Zoo Twilights only, whilst the likes of country songstress Kasey Chambers, king of jazz James Morrison Big Band and Scottish alt-rockers Teenage Fanclub are performing solely at Twilight at Taronga presented by ANZ.

All proceeds from the Twilight at Taronga presented by ANZ and Melbourne Zoo Twilights summer concert series go towards their respective conservation work. In 2017, Taronga Zoo will champion the first global community action tool, Wildlife Witness to help in the fight against illegal wildlife trade. Zoos Victoria have been fighting the extinction of the Eastern Barred Bandicoot, playing a key role in the recovery of the species, increasing community awareness and building programs to reintroduce it to the wild.