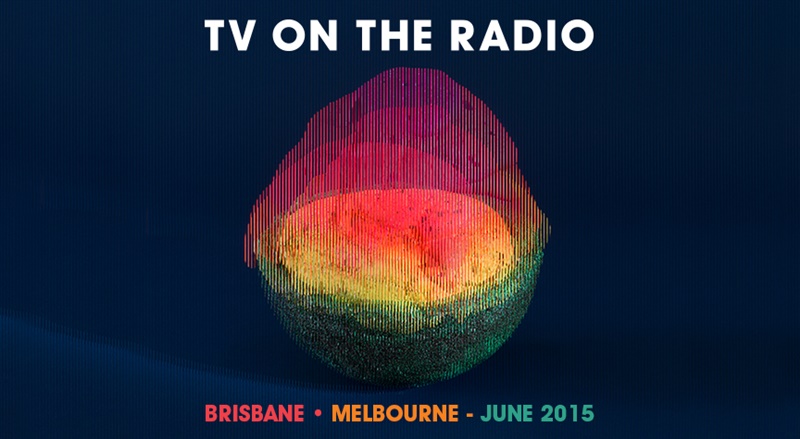 TV ON THE RADIO, happily building on their reputation as one of “the most vital, current bands in America”, bring their ever-evolving art-punk mash-up to Brisbane and Melbourne this June.

Currently touring the US, the band are heading out in support of their latest, highly acclaimed album, Seeds, featuring tunes ‘Happy Idiot’, ‘Could You’ and brand new single ‘Trouble’.

TV on the Radio will play The Tivoli, Brisbane, on Wednesday June 10 and The Forum, Melbourne, on Friday June 12, in addition to performances at Sydney’s Vivid Festival.

Tickets for both shows go on sale at 10am next Friday, April 17.

My Live Nation members can secure tickets first during the exclusive pre-sale beginning on Wednesday, April 15 at midday. For complete tour and ticketing details, visit: www.livenation.com.au

TV on the Radio is a quartet made up of LA-based founding members David Andrew Sitek and Tunde Adebimpe, and New York residents Jaleel Bunton and Kyp Malone.

Earlier records, Desperate Youth, Blood Thirsty Babes, Return To Cookie Mountain stole the hearts of fans and critics alike, winning the Shortlist Music Prize and Spin’s Album of the Year. Their breakout release, Dear Science was named best album of 2008 by Rolling Stone, The Guardian, Spin Magazine, The New York Times and MTV among others.

Fifth studio album, Seeds, is an expression of everything this band has been through in the last three years and more. They’re influential, in their prime, they’re TV on the Radio and they’ve proven themselves to be one of the most important bands of this generation. With Seeds, TV on the Radio is brand new again.