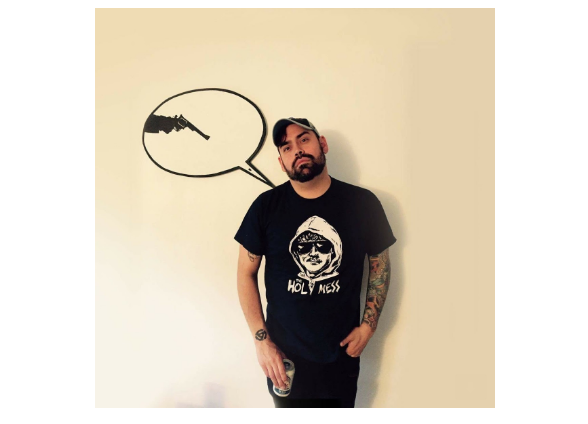 Will Romeo is no stranger to underground music, fast, loud and aggressive in nature. Surpassing the five-year mark fronting punk rock torchbearers Gameday Regulars, whose shows spanned East Coast USA through Canada with an unforgettable, explosive energy, it was time for a drastic shake up in inspiration for the husky-voiced frontman.

A natural shift occured while sifting through his daily listening of more subdued indie, Americana and folk rock, which lead him to an acoustic guitar in hand and a handful of songs described as “writing themselves.” No need of overthinking—and if they came to be so effortless and without deliberation, why not record them with this immediacy as well?

It was in this spirit of separation from the more customary brotherhood of being in a band, hashing out songs in a rehearsal room (something he’s still fond of, he wants to be clear), which lead him to follow this new found solitary muse in Townes Cosentino.

What you hear on his first release, an EP entitled A New Kind Of Hell, are four songs telling a story about overcoming loss. The sound reminds you of pulling off the highway into a small town, where secrets aren’t kept too close.

Lyrically, Will knows with Townes Cosentino he is without a guard up—of his own nor guarded by friends, other than a singular electric guitar weaving in and out of each song throughout the EP, courtesy of Tyler Pursel of Philly punk band Goddamnit. No loud amplifiers nor crashing drums to shield a song’s intent.

A New Kind Of Hell will be released by Creep Records on August 26, 2016 in conjunction with regional gigging and touring in the works for latter 2016 and 2017.