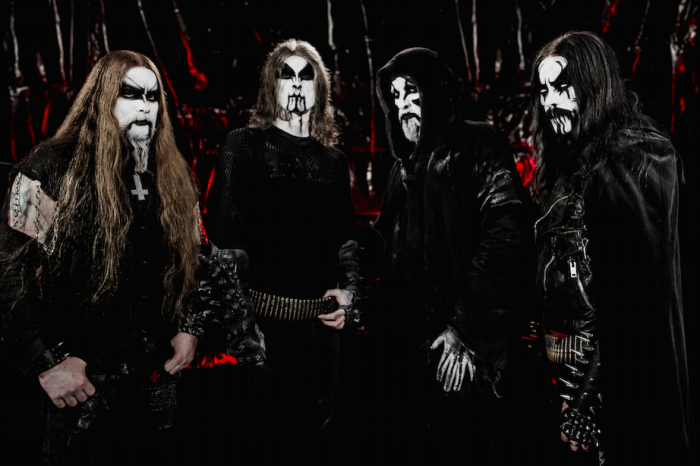 Norwegian masters of blackened evil – 1349 – will assault Australia and New Zealand in February 2016. This will be the cult act’s first time visiting our shores!

1349 will unleash a torrent of sonic hellfire, converting audiences to their unholy cult – no one will be spared as they spread plague and chaos across the land…

Having released six albums in a career spanned over 18 years, 1349 (named after the year the Black Death reached Norway) are at the forefront of the modern Norwegian Black Metal scene.

Their latest opus Massive Cauldron of Chaos (2014, Season Of Mist records) is the pinnacle of their craft: Low-fi traditional black metal production with ambient sensibilities, the band are more than a hyperblasting, scream fest. They often explore the slower, darker and more experimental side of black metal, while still retaining the spirit of total chaos. Capable of blending a deeper and more sinister darkness with extreme intensity and venomous aggression, 1349 are true innovative of the genre.Filled to the brim with abyssic darkness and hellish energy, 1349 are the real deal.

Get ready for an absolutely massive assault of aural hellfire!

FEEL THE FIRE! And Hail Hell 1349 is finally coming to our Australia and New Zealand legions,
and can´t wait to unleash our aural hellfire on you all! See you in February! – 1349