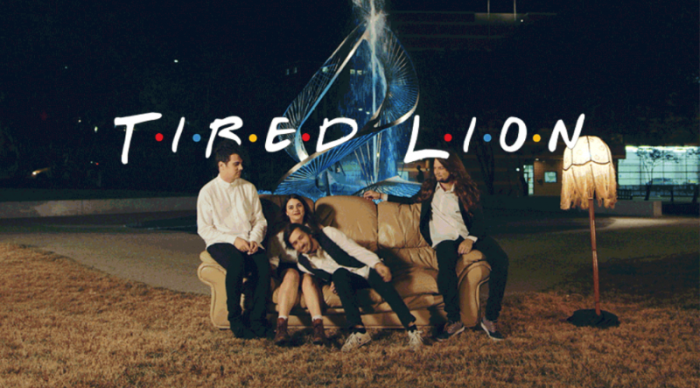 It seems that despite their latest single’s title, Tired Lion really are your friends – well, at least the Ross and Rachel type of Friends, anyway.

In stark contrast to the thundering riffs and heavy lyric material of their latest barnstorming track ‘Not My Friends’, the Perth grunge rock four-piece aren’t concerned with taking themselves too seriously in their hilarious new video for the anthemic heavy hitter.

One of the band’s most emotionally raw and open writing efforts, front woman Sophie Hopes explained at the time of release that the song was inspired by a period in her life where she felt she lost her identity and attached herself to negative influencers.

“I have never been inclined to go to extreme lengths to ‘fit in’ but at this time in my life I was so desperate to latch on to anything that made me feel like it was worth existing,” she says.

“I eventually cut my losses, dropped the toxic people who appeared to be so pleasant to my face and moved on into a direction I chose for myself. I’m a lot happier being the outsider these days and I guess this was the song that justified the change.”

And yet, as the video suggests, this has been a time of huge celebration for the band, with the single landing just ahead of them embarking on their largest headline Australian tour to date, kicking off with a sold out show at Melbourne’s Northcote Social Club tonight, before winding its way around the country.