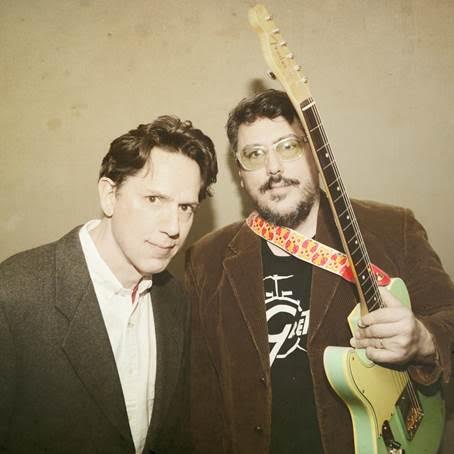 Following their incredibly successful Australian Tour in 2013 with multiple Sold Out shows in Sydney, Melbourne and Brisbane, the Two Johns aka THEY MIGHT BE GIANTS return in November 2015. Their thoroughly engaging and entertaining shows are something that everyone has to experience and existing fans shouldn’t miss.

THEY MIGHT BE GIANTS are John Linnell on keyboards and accordion and John Flansburgh on guitar, and their barn-storming live band includes Danny Weinkauf on bass, Marty Beller on drums and Dan “Solder” Miller on lead guitar. Linnell and Flansburgh became friends as kids in school in Massachusetts but only formed the band after moving to Brooklyn, New York. The duo have spent half their life together in TMBG and along the way have perfected their original sound through memorable melody and a sly bit of humor that never crosses into parody.

Have a look at the Australian Tour Trailer

Along with their impossibly catchy songs, They Might Be Giants’ high concept, low budget music videos helped the band stand apart, and rocketed the duo to the top of the burgeoning US alternative rock scene, and then on to international mainstream success.

Drawing on their massive recorded catalog, their live show is spontaneous, high energy, high volume, and ever evolving. They have been praised as “The best band you’ve never seen.” See their most memorable show while you can.