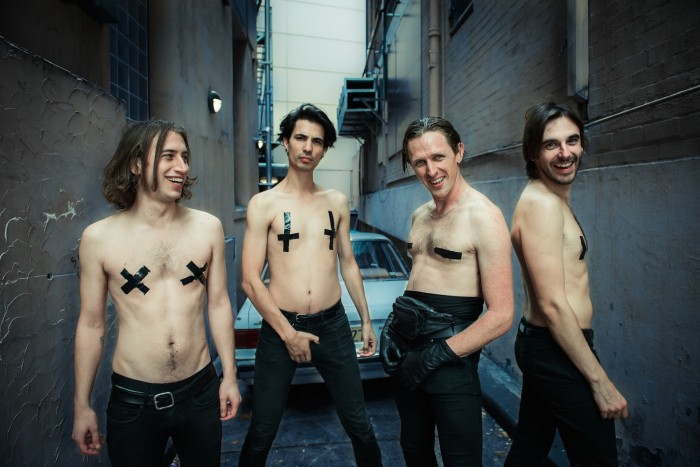 THESE NEW SOUTH WHALES are heading on the road for the first shows since the release of the 6-part mockumentary series about the band which premiered on triple j‘s ‘Breakfast with Matt and Alex‘ earlier in November. If you missed the series, you can relive all the magic here.

These four cocky underdogs from Newcastle are riding the bullet train across the East Coast throughout February and March stopping off the Newtown Social Club in Sydney, The Foundry in Brisbane and the Shebeen in Melbourne. They will also be filming at these shows as part of the second season of the popular web series.

The band have also released their manic, strobe-heavy video for the series theme song ‘Rael Daemon’ which offers up a slice of what to expect from their notoriously unhinged live shows.