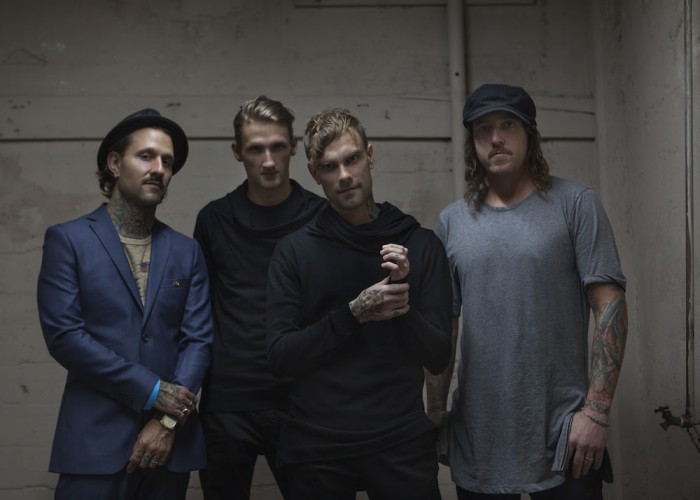 Well the action just really heated up for THE USED’s Australian Tour! Melbourne’s STORM THE SKY, riding the wave of their Aria # 30 charting album ‘Sin Will Find You’, join the tour. Their new album is receiving worldwide attention with Rolling Stone describing it as “a crushingly catchy record of millennial come ups and come downs….dark, aching synths and U2-sized hooks”. Sydney duo CORPUS will also be coming along for what is one of the most talked about rock tours of the year!

In conjunction with the support act announcement we can now confirm the following: Due to phenomenal demand the Friday 9th December show in Brisbane has been upgraded and moved to Eatons Hill. Whilst the Thursday 8th December show has been moved to Saturday the 10th December at Eatons Hill. Tickets for both shows are on sale now through Oztix.

Whilst the Perth Show on Sunday 27th November at Metropolis, Fremantle has been moved to Friday 25th November! All tickets bought for the Sunday remain valid for the Friday show. 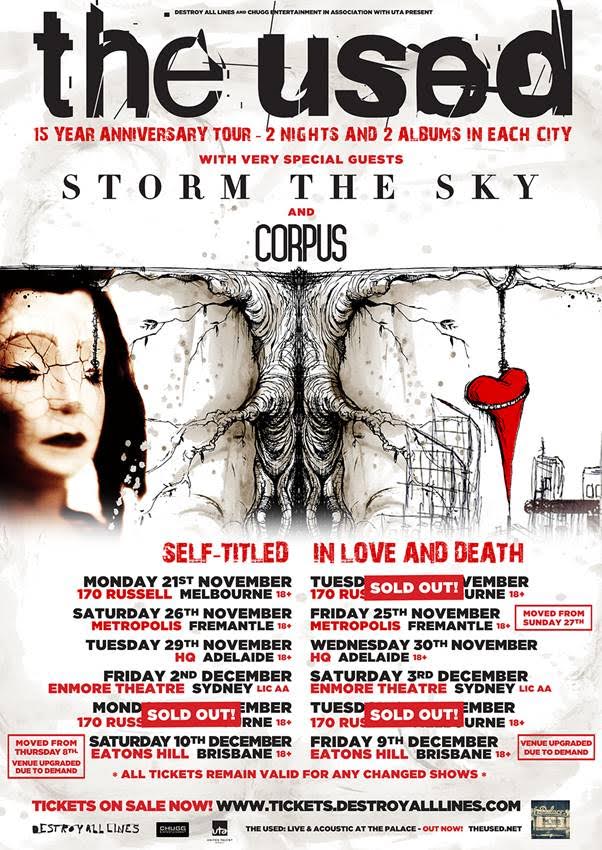