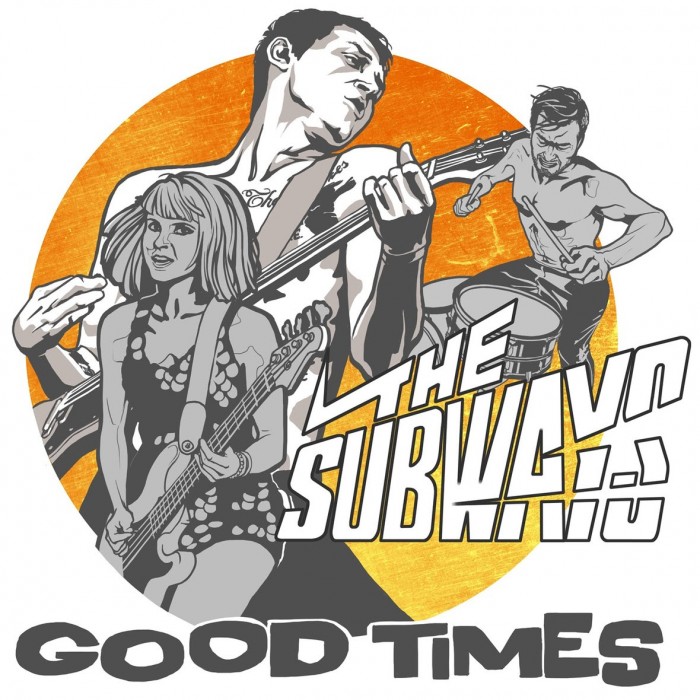 Recorded this year at the Open Air Gampel music festival by Swiss Radio and Television, the Good Times Live EP features four live cuts of some of the Subways most high-powered songs including their breakthrough 2005 single “Rock & Roll Queen.” The EP also features live cuts of two new songs “We Get Around” and title track “Good Times.” Pre-orders will be available next week.

Back in 2005, with an average age of just 16, Billy, Charlotte and Josh crashed onto the international music scene with their, now cult, debut album Young For Eternity and rock-club floor filler “Rock & Roll Queen.” The sophomore album, All Or Nothing (2008), was recorded in LA with producer Butch Vig and is a sonically enormous, harder hitting album. The tracks written at a time when Charlotte and Billy were midst a breakup of their personal relationship and Billy was battling to save his voice by undergoing surgery to remove nodules from his vocal chords. Money and Celebrity followed in 2011 with the band working with producer Stephen Street on an insanely catchy record. The band credits the celebrity circus & reckless financial culture as the drive behind tracks such as lead single “We Don’t Need Money To Have A Good Time.”

The Subways are one of the most exciting live bands on the current touring circuit, thrilling crowds with their explosive rock sound and wild stage performances. Firm summer festival favorites, they have graced the main stages of over 100 international festivals. Whether in front of 100 people or 250,000 the band always delivers a high octane and thoroughly entertaining set.

The band is set to return for a large US tour next spring.