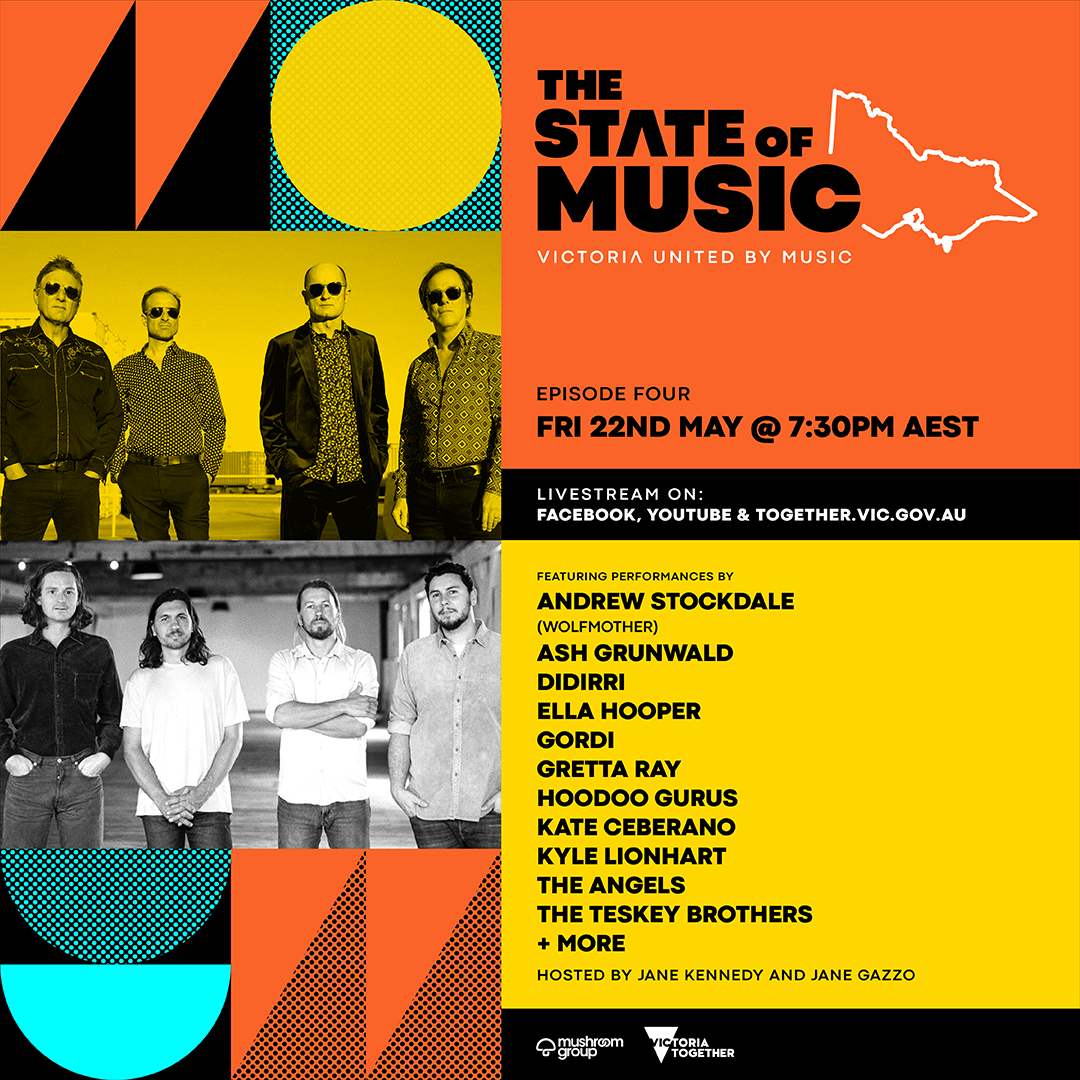 Attention music lovers! It’s time to reveal the unmissable line-up for Episode Four of The State of Music – the weekly live-streamed program curated, filmed and recorded by Mushroom (in partnership with the VIC Government’s Victoria Together initiative). With a combined viewership reach of 1 million to date from the first three episodes, The State of Music series continues to showcase some of our finest artists to not only Australia but internationally.

Airing at the special time of Friday 22 May @ 7.30pm AEST this week, performing in Episode Four are (in alphabetical order):