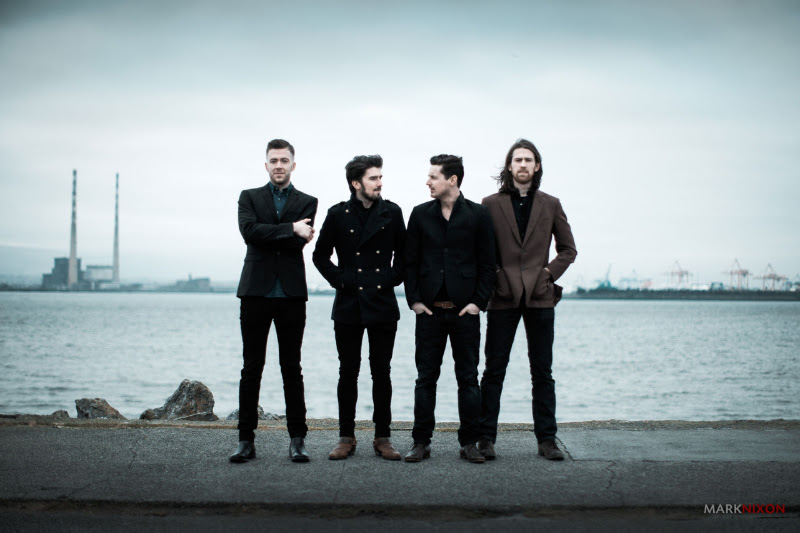 Signed to Universal Records last year (and released via Caroline in Australia), The Riptide Movement are riding a wave of success from Ireland into Europe, the USA and now Australia.

For a nation of just four million inhabitants Ireland punches way above its musical weight on the world stage. Hot on the heels of U2, The Script and Hoizer, are The Riptide Movement, boasting a kind of rabble-rousing, blue-collar rock ’n ’roll that is instantly catchy and uplifting.

At home, their first major release for Universal “Getting Through” is a #1 Gold status album. It spawned the hits “All Works Out”, “You and I” and “Animal” and was shortlisted for Meteor Choice Music Awards Album of the Year.

The lead single “All Works Out” is passionate, chiming, sing along anthem of positivity. It’s accompanied by a striking video starring renowned Irish actress Amy Huberman, wife of rugby star Brian O’Driscoll, that’s already racked up a quarter of a million views and is a glorious calling card for the band.

The song has become a massive Top 10 single and an airplay favourite across several formats. It currently sits in the German radio Top 10 Airplay Chart, was featured in the Discover Ireland worldwide TV campaign and is the summer soundtrack for NBC’s “Today Show” promos across the United States.

Meanwhile the band continue to break out across Europe with appearances at major festivals in the UK, Ireland, Germany and Spain. Australia is about to get a taste of the movement also with a headline tour this October to support the album release here.

“We’ve never, ever taken ‘no’ for an answer,” says singer Mal. “If there’s something we want to do or achieve, we just sit down and say, ‘How are we going to make it happen?’ And it happens. I think that positivity and ‘If we all pull together…’ spirit comes through in our music too”.

The Riptide Movement are going to make Australia “happen” for them too. Their first single “All Works Out” has just been released here and today the band announces their national tour: