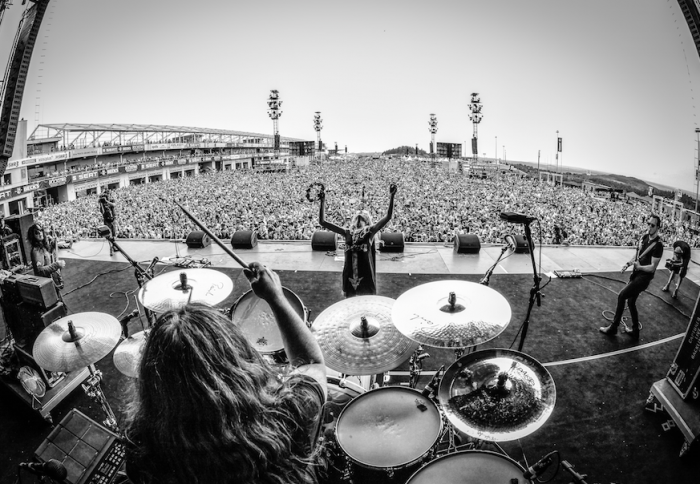 Take Me Down is the first single from The Pretty Reckless’ highly anticipated third studio albumWho You Selling For out October 21. Shot in black and white with subtle glimpses of red, shows Momsen in top form with her voice as powerful as ever. The 60’s – tinged rock guitar and Taylor’s soulful, smoky delivery makes Take Me Down a complete, blistering track that further cements the band at the forefront of rock.

The video, shot by Meiert Avis, sees front woman Taylor Momsen and the band at Water Music Studios in Hoboken, NJ, where the album was recorded. Avis has directed videos for artists such as Bob Dylan, Iggy Pop, U2 and Avril Lavigne, among many others throughout his illustrious career, spanning over four decades.

PRE-ORDER WHO YOU SELLING FOR ON ITUNES | ARTIST FIRST ” JB HIFI CD & VINYL
AND RECEIVE ‘TAKE ME DOWN’, ‘OH MY GOD’ AND ‘PRISONER’ AS AN INSTANT DOWNLOAD