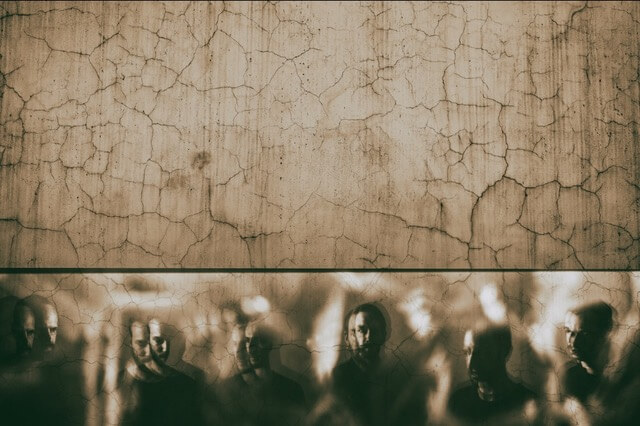 In 2018, The Ocean released Phanerozoic I: Palaeozoic – the first half of a sprawling but superbly cohesive paleontology concept album. Now, the group is ready to release the eagerly-awaited concluding parts of the Phanerozoic journey.
For a preview of Phanerozoic II: Mesozoic | Cenozoic, a video for the new single “Pleistocene” (directed by Craig Murray).

The previously released singles – “Jurassic | Cretaceous” (featuring Katatonia‘s Jonas Renkse) and “Oligocene” – can be heard at: metalblade.com/theocean , where Phanerozoic II: Mesozoic | Cenozoic can also be pre-ordered in the following formats: – deluxe edition CD (tri-fold digipak) – instrumental CD (remus spine digipak w/ UV gloss) – box set completion bundle (tri-fold vocal version CD digipak, instrumental version CD digipak, 2 posters, pin, and sticker) * exclusive bundles with shirts and merch items, plus digital options are also available!
Widely hailed as their finest work to date, Phanerozoic I brimmed with moments of wide-eyed melodic brilliance, alongside the expected warping and weaving of post-metal conventions. “The first part of ‘Phanerozoic‘ really is a ‘no-regrets’ album, which is quite rare,” says guitarist Robin Staps. “Maybe even the first time I can ever say that.”
In contrast with the compositional directness of Phanerozoic I, the new album – Phanerozoic II: Mesozoic | Cenozoic – is a vastly more progressive and perverse piece of work. “‘Phanerozoic II‘ is more experimental, more eclectic in musical style and direction, and more varied in terms of tempos, beats, guitar work and the use of electronics,” notes Staps. “This was an intentional choice: we wanted Part I to feel rather streamlined and to have a strong cohesion between the individual songs. We wanted to create a certain vibe to linger from the first until the last note throughout the whole record. We kept the weirder, more daring and more progressive material for Part II.”