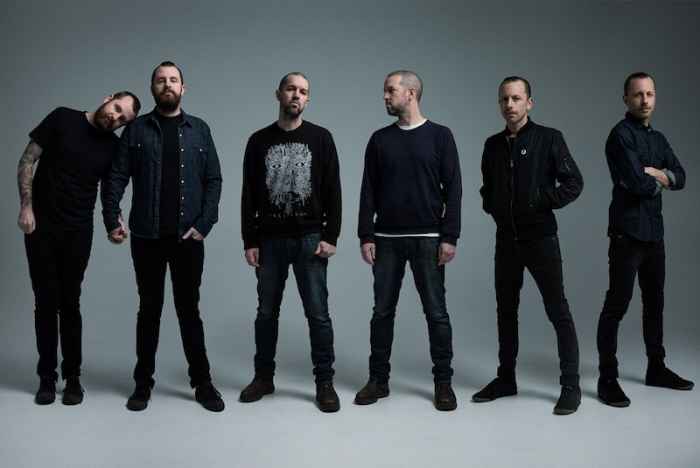 Melbourne’s resurgent cult rock stalwarts THE NATION BLUE are back in your face, announcing album tour dates off video premiere of new video ‘Wild’. Two free-standing new LP’s ‘Black’ and ‘Blue’ will be released via Poison City on October 14.

‘Wild’ was directed by multitalented bass player Matt Weston, of Blokes You Can Trust fame and a thousand other good filmed things. This is a quiet video, for a song that is by no means quiet. Unsettling and arresting, dark yet sumptuously shot. Clocks in at under two minutes. The big reveal here speaks to the cynical and forbidding themes of ‘Black’ in particular, wrapped as it is in a stark representation of our seat of government.

The Nation Blue’s double-pronged return after seven years giving attention to other projects (High Tension, Harmony, King Cannons) has raised the curiosity of media and discerning music lover alike. Disarming single ‘Erectile Dysfunction‘ had Blerg reminding us that The Nation Blue are “one of Australian music’s truly intimidating beasts”, while The Music asserted “…it seems they’ve given the double release everything they’ve got.”

Acknowledging nigh on two decades of bolting up and down the Hume Highway, The Nation Blue have booked in intimate album launch dates for Sydney, Brisbane, Melbourne and Hobart through October.  The quality of supports like Six Ft Hick, Mere Women, Miss Destiny andTreehouse are testament to the enduring  appeal of the bold trio. Be ready for ear-splitting volume and stark, commanding delivery. 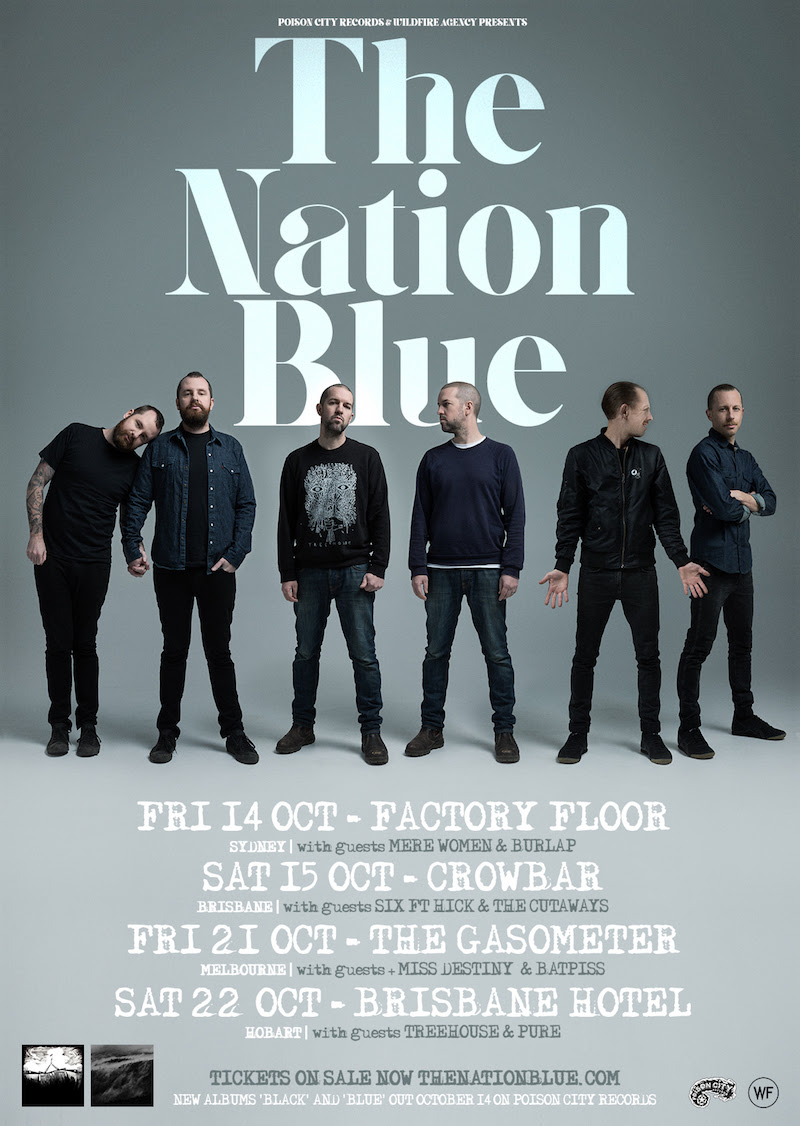