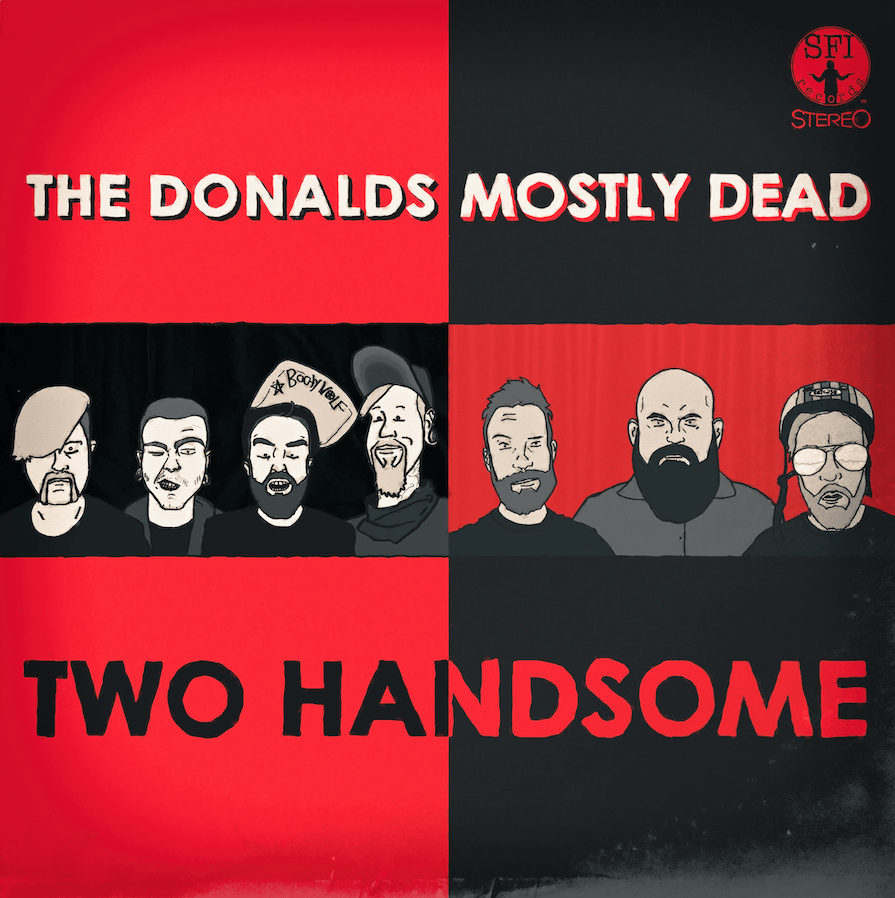 Two stalwarts of the DIY punk/hardcore scene, DC’s The Mostly Dead and RVA’s The Donalds are teaming up for a new spilt EP titled ‘Two Handsome’ set for release digitally on November 27, with limited edition colour vinyl to follow in December.

Pre-orders are available now via https://sfirecords.bandcamp.com/album/two-handsome.

For some, punk rock is a full-time job; for DC’s The Mostly Dead, it’s one of many. Graphic Designers, Editors, IT guys—the members of The Mostly Dead handle those obligations and more during business hours. Then, they head to the practice space for their other job: punk rock. All the members of TMD are doing double-duty, much like their van, which hauls them around on tour when it’s not being used for the daily commute. The demands of day to day life aren’t something to work around for The Mostly Dead–they’re just part of who they are.

“We’re punk rock lifers,” says vocalist and bassist Zak Jordon. “We’ve all played in bands our entire lives, and there’s no reason to stop or slow down now.” “It’s not a thing we do on the side as a hobby,” adds drummer Kurt Foster. “It’s who we are—our music informs our lives as much as our lives inform our music.”

Richmond, VA’s The Donalds have taken many forms. Past and current members of Bloody Crackdown, What Price Victory, Genosha, Lounge Lizzard, Lacking, and Sex Worker have all been involved and have all contributed to the evolving sound. With each release, they tighten their grip on a particularly mean blend of hardcore, grind, death metal, and punk, always orienting toward a more powerful DIY performance.

For fans, it’s a chance to hear new music from two exciting bands. ‘Two Handsome’ will be released digitally on November 27, 2020 with limited edition colour vinyl available in December.