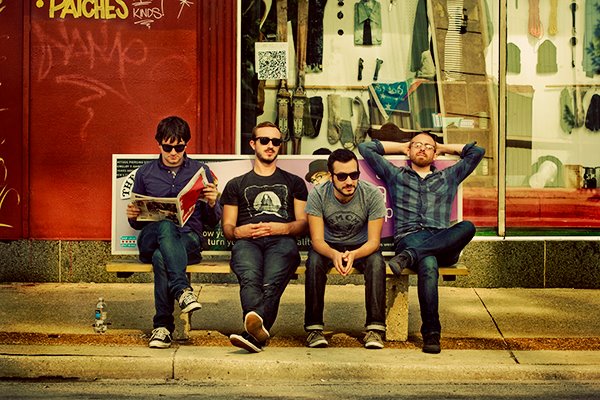 Philadelphia garage punk outfit The Menzingers will return to Australian shores in February 2017 kicking off at The Rev in Melbourne, Friday 10th followed by Crowbar in Brisbane, Saturday 11th and finishing up in Sydney at Oxford Art Factory on Sunday 12th.

The Menzingers have also finished recording their fifth album ‘After The Party’ due for release 3rd February– the follow up to 2014’s ‘Rented World’. The band premiered a stand-alone single, titled “Lookers,” at Noisey, which also picked up triple j play.

The Menzingers said: “We finished tracking After the Party, our fifth album with Will Yip, at Studio 4. We’ve never been more proud of anything in our lives and can’t thank Will enough for totally crushing this record. Can’t wait to share this shit with y’all.”

In the making of After the Party, The Menzingers also returned to longtime influences like The Clash, who were key to carving out their sound in the band’s early days. Formed in 2006, The Menzingers made their debut with 2007’s A Lesson in the Abuse of Information Technology and relocated to Philly in 2008.

Having previously played Soundwaves and shared the stage on tours with Pennywise and The Smith Street Band this will be The Menzingers first Australian headline dates.