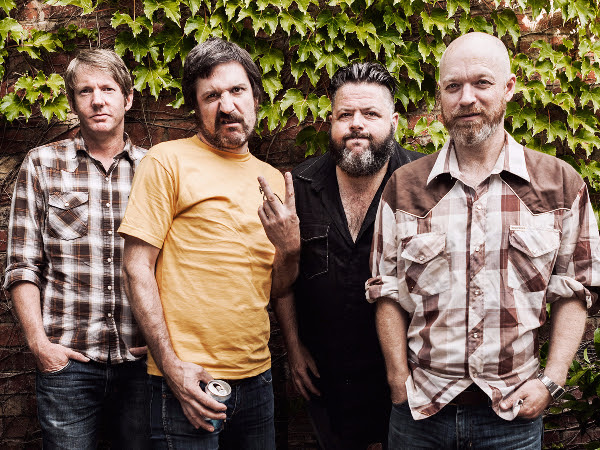 Melbourne’s mighty THE MEANIES are gearing up to unleash hell with brand new LP ‘It’s Not Me, It’s You’, out via Poison City Records on September 25. To keep the good times kickin’ along the band have announced a swag of new tour dates, gotten the ball rolling on album pre-orders, and revealed a brand new tune.

Famous for their always kick-ass pre-order packages, Poison City Records have launched The Meanies album pre-order bundles over at their website. Grab ’em while they’re hot over at www.poisoncityrecords.com

Due to nation-wide fan demand, stoked punk rockers can now catch the band live in Adelaide, Geelong and at Mount Hotham’s Cool Summer Festival in the coming months. We strongly recommend that you do. All dates below. Ready your livers.

And to back all that ripping news up, you can now damage your eardrums with brand new tune ‘Freakout Forever’, as many times are you like…

The Meanies have one of the most storied histories in the chronicles of Australian rock. Four mates that loved beer and punk rock came together in 1989 and somehow landed on a formula of snotty power-pop that would see them tour the world, supporting the likes of Nirvana, Pearl Jam, The Beastie Boys, The Lemonheads, Bad Brains and Fugazi.

At their peak, Link, Wally, DD and Ringo were selling records left, right and centre, establishing themselves as one of the country’s most adored underground heroes. And when it all got a bit too much and they called a hiatus in 1995, they were one of the few that could never be accused of  trying to sell out or cash in on the post Nirvana boom.

Since reforming in 1998, they’ve kept things simple, playing just a handful of shows each year in order to keep the spirit of The Meanies alive for what tallies up to a staggering 26 years now (making them eligble for the Rock and Roll Hall Of Fame – just sayin’). It hasn’t all been easy though – losing two great mates along the way in former guitarists DD and Tas- but they’ve continued to soldier on with the help of Jordan “Jaws” Stanley (The Onyas/The Casanovas), keeping the amps rattling and the beers cold in their honour.

Let 2015 be the year that young punks were quivering in their Chucks. The punk rock rulers that spawned many an imitator have risen to reclaim their throne. 10% weird and 90% wired, The Meanies are BACK…and it’s your shout.

The Meanies On Tour…