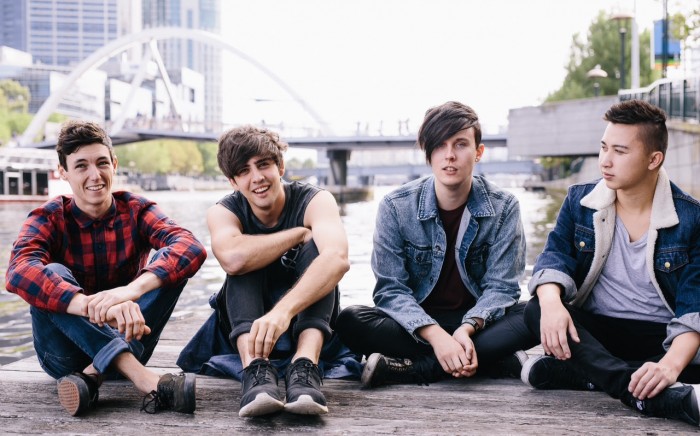 THE MAINE their first headlining tour kicks off on Monday in Brisbane!

Earlier this year, they released their highly anticipated follow up to 2014’s Forever Halloween, with their fifth studio record titled American Candy. The album debuted in the Top 40 on Billboard, and #3 Independent Albums.

Their live shows are colourful and energetic and here’s what the fans have to say:

“No matter if it’s in their home town or thousands of miles away you get the same energy and that is what keeps me going to each and every show.”

“The Maine puts on an unforgettable show every time I see them. They try so hard to make each show unique and different from their last which is an amazing quality I wish more acts had. It strangely felt like I was home.”

“The Maine always puts on a stellar show and I’ve never been disappointed.”

“The Maine was unforgettable!”

“One of the best shows I have ever been to.”

Along for the ride are special guests and Sydney based alternative rockers, WITH CONFIDENCE.