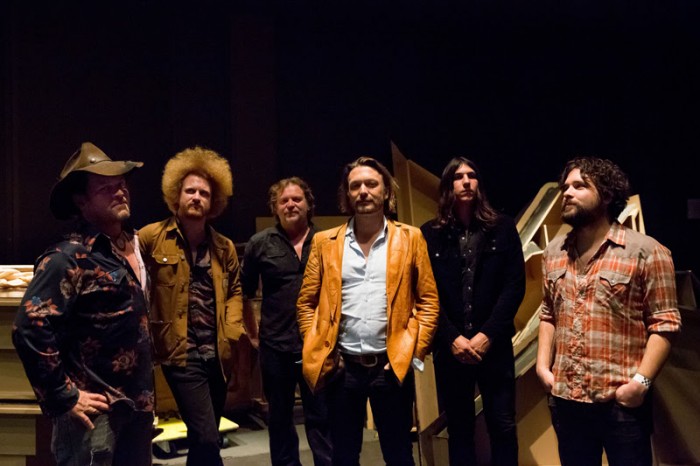 The Kill Devil Hills will once more surmount the tyranny of distance, that lonely stretch the Triffids wrote about, today announcing they are headed back East for a national run of dates this August, hitting Brisbane, Sydney, Melbourne, Adelaide and Hobart

Live, The Kill Devil Hills play with the swagger and self-assured confidence of a band on top of their game. And rightly so, the highly regarded purveyors of rock angst, sun-ripened restraint and fierce poetry have just released their fourth studio album, In On Under Near Water, which Sydney Morning Herald proclaimed “is as intense as it is sparse, with the album’s potency deriving as much from the distance as from the band’s bruising cadences and singer Brendon Humphries’ evocative lyrics” (4 stars), while The Guardian asserted, “In On Under Near Water is a brilliant showcase of what the Devils do best”. In On Under Near Water thoughtfully segues from brooding prog-rock, into eerie atmospherics and spectral balladry. The melodies and arrangements are innovative, and woven tight, while the lyrics and their delivery are both warm, poignant and at turns unsettling.

The live form of the 6-piece veteran band really turn it up a notch on stage, their combined summoning of sonic swells a directly physical experience for the audience, and then switching from joking banter between tracks, they dive straight back into their swampy, psych and blues-infused rock with a swirling orchestration of fierce guitars, moody keys, gut-thrumming bass and drums, and the soaring drama of their noir-ish ballads.

A very highly rated live act on the Australian rock scene for years, this is a chance to see the Kill Devil Hills at the height of their game, and the new songs come alive on stage. Not one to miss.