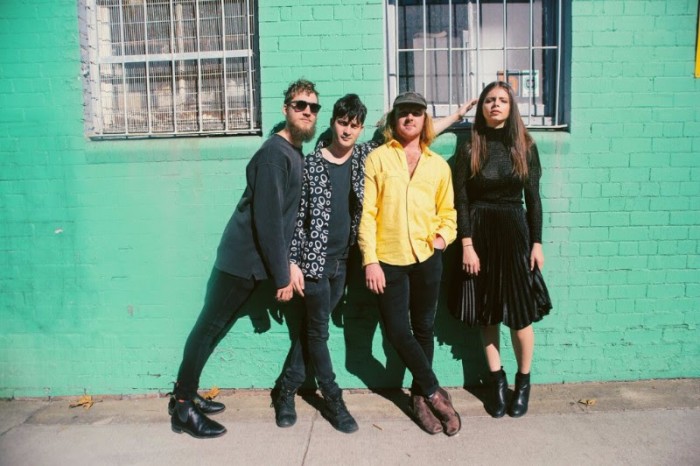 After a busy summer of festival performances The Jungle Giants have bunkered down once again with Brisbane-based director Michaela Holmes to create a saucy new clip for their song ‘Creepy Cool’.
WATCH IT HERE:

‘Creepy Cool’ is a veritable ear worm of a song: resplendent in its acoustic foundations and fleshed out with a steady drive and rhythm as well as intricate flourishes, the song follows on from earlier singles ‘Kooky Eyes’ and the cheeky album opener ‘Every Kind Of Way’.

The Jungle Giants are thrilled to reveal news of the clip’s premiere on world-renowned US radio station KCRW’s Music Blog; it’s a scoop for the band who released their album ‘Speakerzoid’ in the US last October following on from a local release in August 2015.

The Jungle Giants will perform at Narrabeen’s Party In The Park on Saturday March 19 alongside some of Australia’s hottest musical talent. Tix available online.

‘Speakerzoid’ is available now through Amplifire.