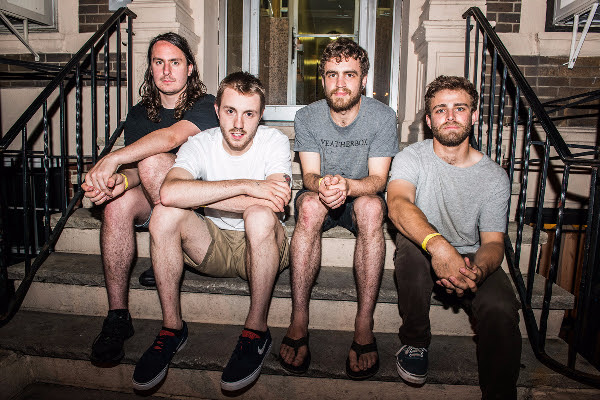 Much-loved Massachusetts quartet THE HOTELIER will embark on their maiden tour of Australia in just under a month, accompanied by Melbourne heartbreakers CERES.

The band have announced today that they will be joined by a truly stunning array of local supports across the nation. See the full list of enticing talent below. The Hotelier will also join Melbourne party-punk monsters THE BENNIES for one night only at Bendigo’s Music Man.

Fixed firmly amongst a wave of young bands challenging the status quo of punk rock in Modern Baseball, Title Fight, The World Is A Beautiful Place… and Beach Slang, The Hotelier have found themselves at the forefront of what media outlets and online publications have dubbed an “emo-revival.” Championed by Max Bemis of Say Anything and currently supporting The Get Up Kids throughout September, The Hotelier are truly one of those landmark acts you’ll want to boast about seeing the first time they came to Australia. All tickets on sale now.

Tickets on sale now via  www.jackknife.com.au