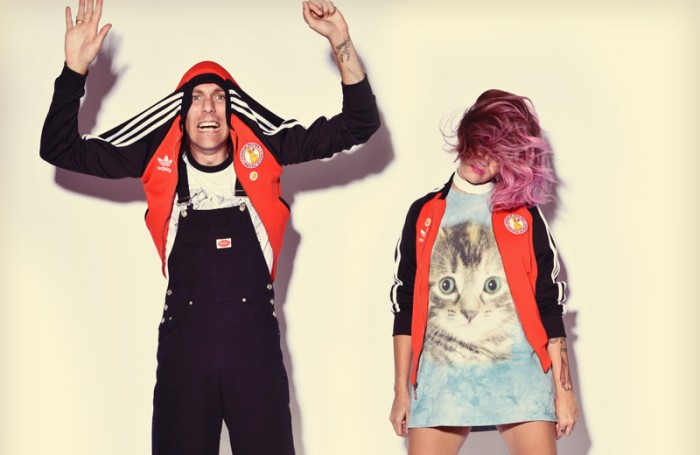 Is there anything The Gooch Palms can’t do? We’re beginning to highly doubt it. The viciously independent duo have just gone and out done themselves with the new video clip for “Don’t Look Me Up”. It’s their latest single and comes off their new album Introverted Extroverts.

“Don’t Look Me Up” is a visual accompaniment to what might just be the happiest song about being left the hell alone that you’ll ever hear!!!

The creative duo captures the vibe perfectly in their colourful new video which they directed, animated, filmed and edited themselves, taking inspiration from the 8-bit style album art, which was also designed by the band.

The Gooch Palms return home this week ahead of their Introverted Extroverts album tour which kicks off in Sydney this Saturday, followed by Brisbane, Adelaide, Melbourne and of course, their hometown and according to the duo, greatest city in the world, Newcastle.