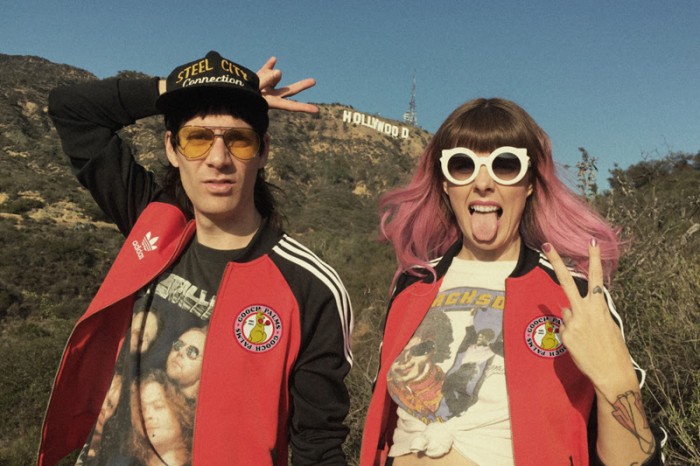 After jetting off to the USA in March, Australia’s beloved Gooch Palms have been crazy busy living the dream of being full time musicians. Since landing in their new home of Los Angeles, California the fun loving duo have racked up over 100 shows across the United States, re-released their debut album ‘NOVOS’ on Burger Records, hung out with legendary film maker John Waters and recorded a new album in Benton Harbor, Michigan which they will be releasing off their very own, brand-new record label Summer Camp Records this coming June.

The first tasty morsel off this album, Introverted Extroverts comes in the form of upbeat, summery jam ‘Tiny Insight and was added to Triple J rotation this week. You can definitely hear the familiar influences of The Ramones and Beach Boys throughout the track, but this time the pair have captured that live energy they are renowned for with a more mid-fi recording.

They have taken some rough footage from their last US tour and compiled it to give us a ‘tiny insight’ into what their lives have been like, as travelling road warriors in a distant land, in this new video.

Enjoy the ride while you crack open a beer and be sure to catch them this summer on their ‘Return to Aus Tour’ before they ultimately heading back to La La Land!

Introverted Extroverts is out June 15, on Summer Camp Records.