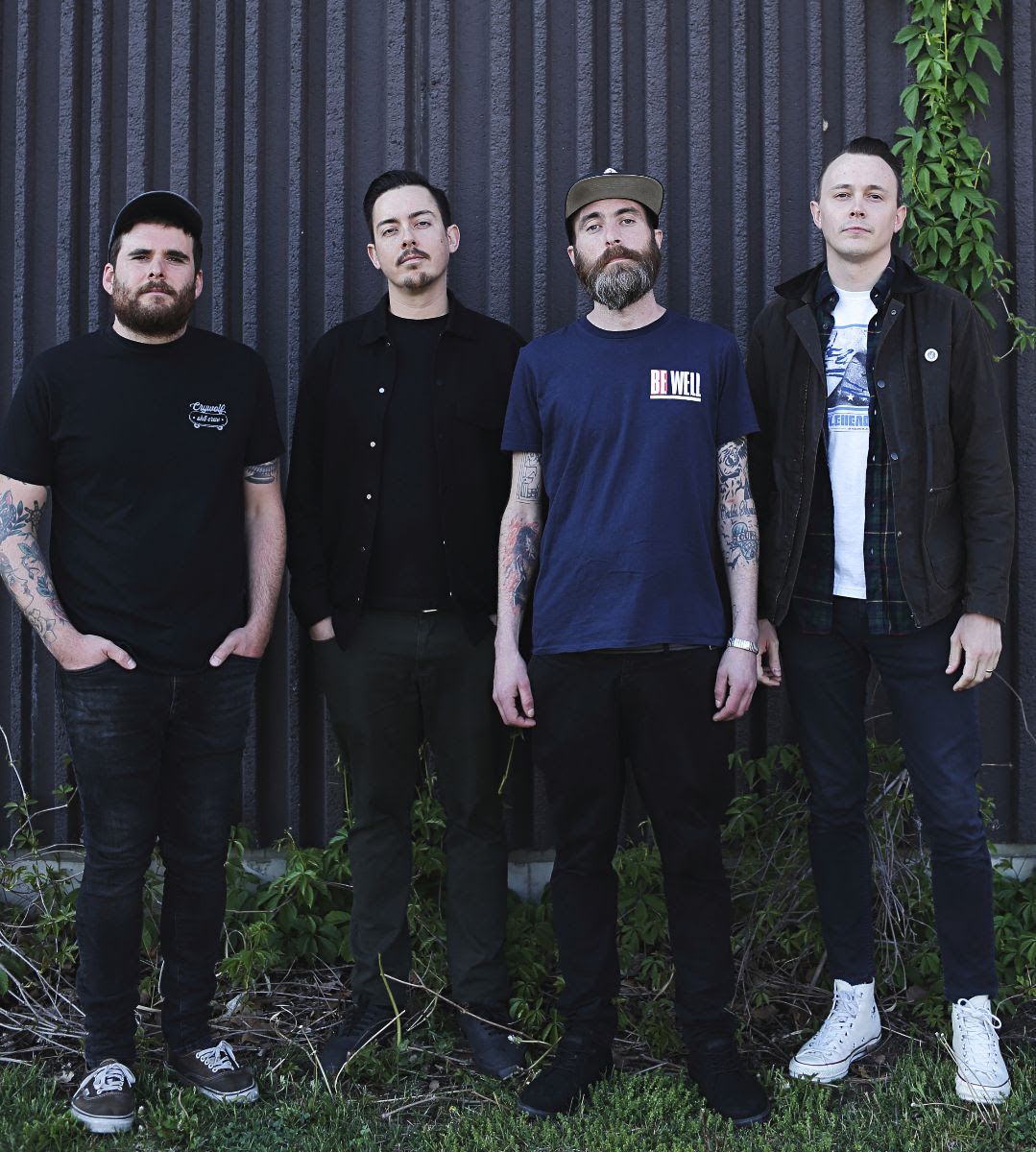 The Flatliners are set to release their highly anticipated album, New Ruin, on August 5th. They’ve already released one single, “Performative Hours,” and they’ve now shared the second, “Souvenir.” Their latest drop brims with a slick chorus that will have you humming for days.

Take a peek at what frontman Chris Cresswell had to say below:
The mind is such a powerful thing – for better or for worse – and this song comes straight from the deep pit anxiety can dig with its help. When a moment’s hesitation can send one spiraling, when the smallest task can stand in the way, when you find it in a place you least expect it, like a souvenir stuffed deep in your drawer, you can let it wash over you or try your best to will it away. “Souvenir” is about finding your footing, even when the ground beneath you can only crumble.”

Being a band for 20 years won’t just change you. It changes how you see the world, and your place in it. For long-running Toronto punk mainstays The Flatliners, a new record meant a new opportunity to examine the legacy they’ve inherited, and the one they’ll eventually pass on. It’s an imperfect one, but not without hope.

“This record is us sitting in an uncomfortable moment, with the world around us falling apart, and then trying to learn from it,” says vocalist and guitarist Chris Cresswell. “No one needs to listen to us, but we want to try.”

New Ruin is a shot of adrenaline from a band striking out at outdated institutions and ideologies via pointed lyrics and their heaviest songs to date, attacking each with a ferocity that will surprise even longtime fans. From the monstrously discordant hits that open the album through the de facto thesis statement of “Heirloom,” it’s clear that The Flatliners are angry in a way we’ve never heard before.

At the same time, they’ve never been more in control. Produced by Cresswell along with the rest of the band, songs like “Performative Hours” and “Recoil” boil with livewire post-hardcore energy while “Souvenir” and “Big Strum” offer a more tightly coiled aggression that hints at the band’s anthemic punk past. Recorded at Toronto’s Noble Street Studios and Genesis Sound with longtime friend and engineer Matt Snell, the album sounds both open and immediate, the cumulative effect of two decades performing together. Says Cresswell of taking the reins, “At this point, if you’re 20 years in and don’t trust yourself…”

Brought to life by what he calls a “dream” team with mixer Anton DeLost and mastering courtesy of the Blasting Room legend Jason Livermore, New Ruin deftly combines the pop ambition of Inviting Light with an aggression the band has only hinted at before, giving in to their gnarliest tendencies. It’s an approach the songs – and the moment – demanded. Take “Heirloom.”

“It’s hate mail to the previous generation,” says Cresswell. “All their brilliance and ingenuity has just left our generation and future generations in the dust and unable to afford the world we live in, with this enormous emotional and environmental toll. It’s so demoralising.” But amidst the rubble of the modern hell scape, the band isn’t without hope. Album closer “Under A Dying Sun” offers its own version of solace and salvation, bringing the crashing album to a close with a thoughtful grandiosity that hints at some light at the end of the tunnel.

It might be because, despite the darkness, The Flatliners were having fun for the first time in a long time. Producing themselves, recording with friends, and playing music together after almost 600 days apart – their longest stretch since forming in 2002 – New Ruin is also the sound of a band rediscovering the joy of making something meaningful together. Cresswell calls it a gift.

“There is another side to the negativity that lives on this record,” he says.”It’s also a powerful time. So many more people are talking about things that really should have been talked about a long time ago. It’s one step in the right direction. Art and music can be part of that. We all kind of fucked up, so we can try to fix it. It’s not too late, but it’s almost too late. It’s almost too late.” 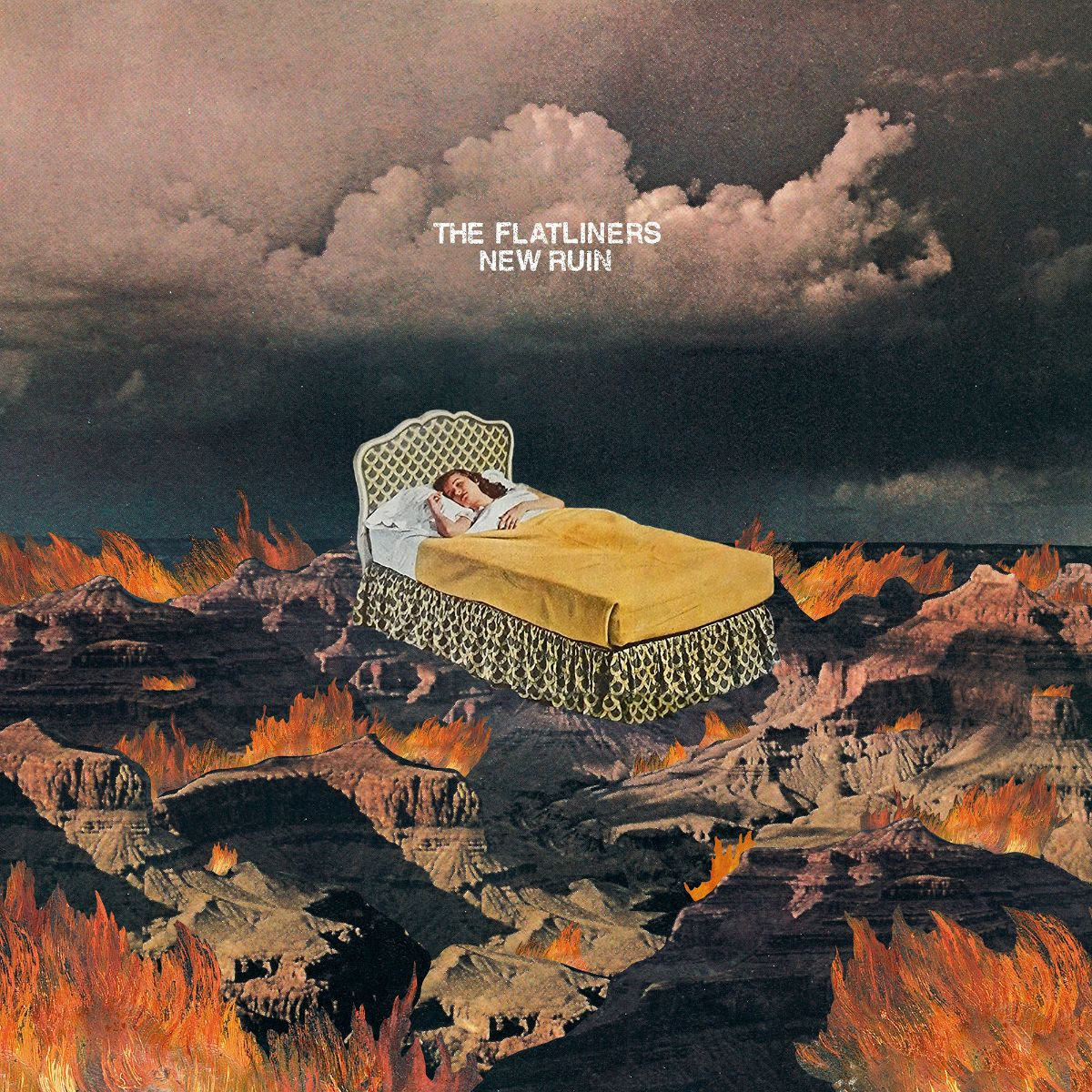