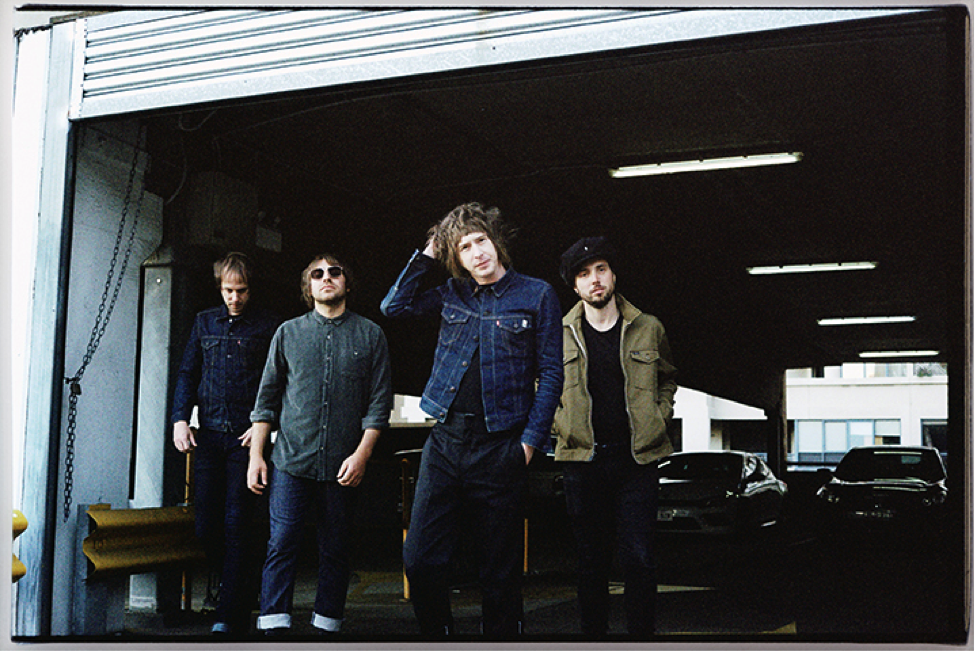 Adding to their notable discography of rock n’ roll treats, The Delta Riggs are thrilled to return with a new single and space-age video accompaniment, ‘Reality’. The single is the fourth offering from the band’s highly anticipated fourth studio album ‘Modern Pressure’, out September 6 on Inertia Music.

“’Reality’ is a song for the dreamers about looking inward to create your own change and not getting caught up in the details,” explains guitarist Jesse Pattinson.

Talking about the record, frontman Elliott Hammond remarks the release is an expression of the band’s collective growth, and shows a development in their songwriting that he hopes will resonate with those who listen.

“We feel ‘Modern Pressure’ is a release that Riggs followers have always wanted. The essence of the album is both heartfelt and volatile. We pushed ourselves to the edge. We really hope you enjoy it.”

Recently the Aussie movers and shakers announced their signing to the renowned X-Ray Touring roster, where they will join the likes of Coldplay and Eminem under the care of UK heavyweight agent Steve Strange.

Despite modern pressures, The Delta Riggs have stayed true to themselves. They’ve remained busy on the road, meeting and performing for real people, listening to their stories and creating genuine connections. It’s these stories, mashed with sweat, swagger, and guitars that has influenced the band’s fourth self-produced record, due for release in 2019.

THE DELTA RIGGS
APPEARING AT…