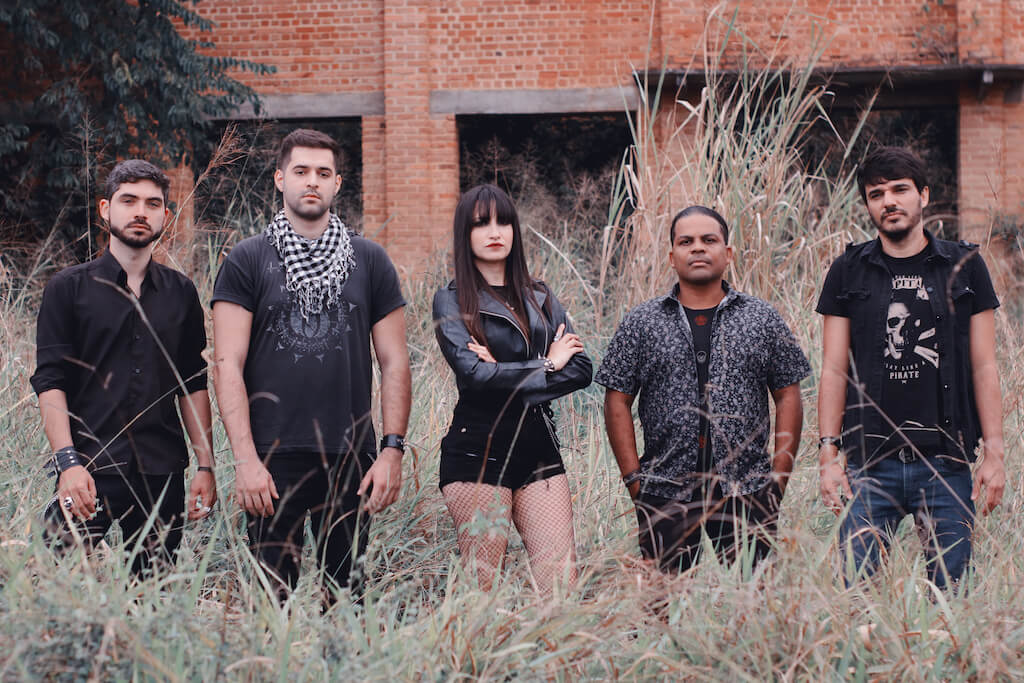 The metal band, White Death, has just released the single “God of Pain” on all streaming platforms. The music was a dive in search of a more somber mood and for a denser and melodious sound. Along the track, the instruments flirt between the melancholy that strokes or the beat that reverberates in the heart of any person and the chorus fulfils its proposal, always asking a prayer to the God of pain.

The song will look for a separate rhythm in the lyrics, where questions are asked: Is God death a sin? God is death salvation? In these words, idyllic paradises were built that rose like a sandcastle that folds with the tides.

The single was produced, recorded and mastered at Loud Factory Studios in São Paulo, Brazil, under the direction of Wagner Meirinha and Thiago Azzolini.

The cover of the second release of White Death was made by the designer Fábio Vargas, who in this process of deconstruction of meanings that the music has, helped the band to translate with their art, which many times, the words do not reach.

Under the influence of the Greco-Roman culture in its features, new forms of dialogue were decoded that mix with the criticism made of the religious fatalism contained in the song.