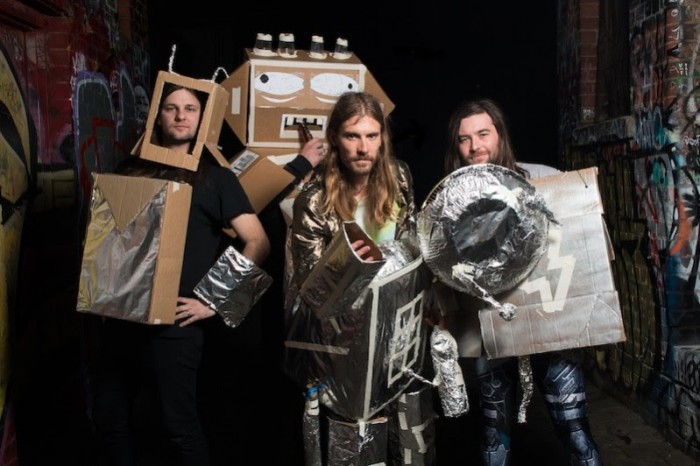 Picking up where 2014’s Heavy Disco left off in more than just title, THE BENNIES return with Party Machine, the first taste of their impending third album to be released in March 2016.

Another audacious anthem from the Melbourne four-piece, the song wages war on the weekend in typically chaotic fashion and pulls no punches in its quest for unbridled festivity. Inspired by their genre bending take on TISM’s ‘(He’ll Never Be An) Ol’ Man River‘ for Triple J’s Like A Version, which has amassed close to 150,000 plays online, Party Machine is laced with vocoder vocals, dense synth and a high-hat driven back beat; putting the punk into Daft Punk.

The tune premiered on triple j’s Good Nights late late week, now you can play along at home…

After their breakthrough 2013 album Rainbows In Space won the band a legion of fans across the world, The Bennies entered the studio in September to once again record with Sam Johnson, this time at his brand new studio Holes and Corners in South Melbourne. Laid down between touring commitments, it’s only fitting the album contains cameos from former touring buddies Ezra Kire (Morning Glory / Leftöver Crack) and Jay Whalley (Frenzal Rhomb).

Promoting the single, the band’s latest tour, which starts in Hobart, finishes in Darwin and visits sixteen towns across Australian in between, rounds off a hectic 2015 for the band, which has seen them appear at the Soundwave and Golden Plains festivals, perform a much talked about set at the Poison City Weekender and more recently, play support to Reel Big Fish and Less Than Jake on their Australian run of dates. The band revealed a slew of sick supports for the tour just last week, get stoked on the complete list below, all shows are selling fast.

Psychedelic reggae, doom punk, hard techno or whatever your catch cry, The Bennies continue to boldly harness a gamut of influences into the Party Machine that is their music, and this, their latest single, is just the beginning.

THE BENNIES AUSTRALIAN TOUR
With The Hard Aches + Wet Pensioner
Tickets on sale at thebennies.com.au

Sat Nov 28 – The Zoo, Brisbane
Plus The Gifthorse

Sat Dec 5 – Railway Club, Darwin *#
Plus At The Dakota 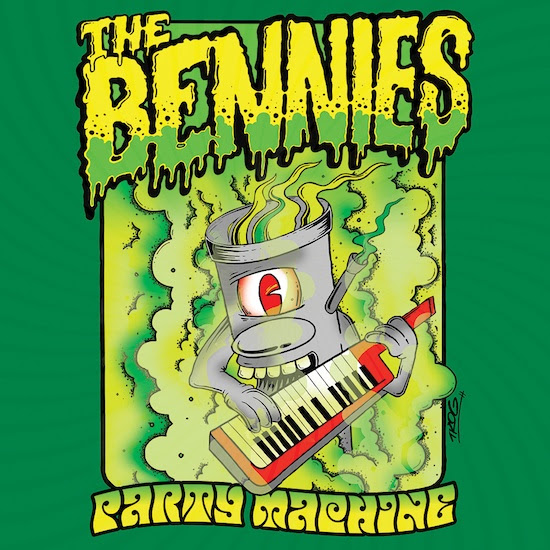