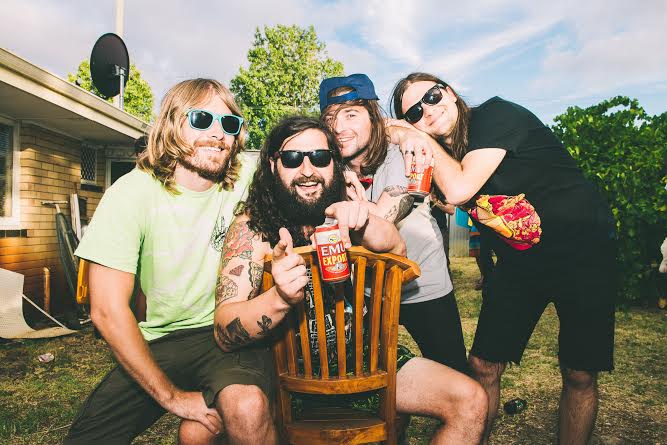 Just when you thought this tour couldn’t get any crazier Reel Big Fish and Less Than Jake have invited Aussie ska/punk/party royalty THE BENNIES along for the ride! Following the release of their breakout debut album ‘Rainbows In Space’, THE BENNIES have toured China, Japan and the USA, and completed multiple laps of Australia in the company of NOFX, Dead Kennedys, The Smith Street Band and Kingswood. Not to mention a set at Soundwave 2014 which boasted such an epic crowd response that the band were promptly invited back for the entire
Festival in 2015.

Having just completed a massive sold out tour of the USA, REEL BIG FISH and LESS THAN JAKE will be bringing
their kickass co-headline tour to Australia this October!

Shows in cities rapidly sold out across the country and now it’s Australia’s turn to see REEL BIG FISH and LESS
THAN JAKE performing full headline sets encompassing their entire career with Brisbane, Sydney and Melbourne getting to witness firsthand what fans and critics alike have been raving about.

TICKETS ON SALE THURSDAY 13 AUGUST, 9AM