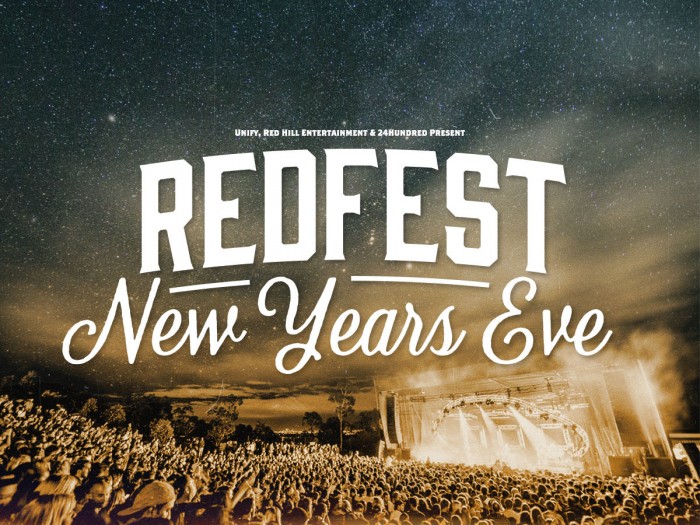 Taking place at the picturesque Red Hill Auditorium, Redfest is the first New Year’s Eve event of its kind in Western Australia and will bring the very best of the burgeoning Australian heavy music scene to Perth and showcase them alongside fine local talent set to a breathtaking backdrop of the Perth cityscape.

Heading the inaugural Redfest will be The Amity Affliction. Redfest will be the first time The Amity Affliction has played in Perth in over a year since The Big Ass Tour in 2015. As the band count down the days until the release of This Could Be Heartbreak, their fifth album follows on from two consecutive ARIA #1 albums, one Platinum and three Gold records, as well as an ARIA #1 gold-certified documentary. This year, Amity have spent most of their time playing to seas of people at Hellfest, Download, Rock Am Ring, Rock Im Park, Slam Dunk and Graspop festivals. After playing a sold out run on the East Coast, they’ll head back to the Northern Hemisphere for yet more touring before landing in Perth to bring in the New Year.

Northlane will return to Perth off the back on absolutely massive year for the band which has seen them grow into one of Australia’s most successful heavy music exports. In the past 12 months, Northlane released their ARIA #1 album, Node, scored triple j Feature Album, won the ARIA Award for Best Hard Rock/Heavy Metal Album, dropped a surprise collaboration EP called Equinox with their best mates In Hearts Wake and slayed massive stages around around Australia, UK and Europe. They will be heading back to Europe for a run of shows with The Amity Affliction before trekking over to Redfest to herald in the new year.

You can’t have a New Year’s Eve party without inviting the boys from Deez Nuts. Since releasing their fourth album Word Is Bond, Deez Nuts have crammed into the van and hit stages all over the world. Currently doing another lap of Europe with pit stops on Wacken Open Air, Summer Breeze Open Air, Pukkelpop and Vainstream Rockfest, Deez Nuts will be well seasoned on the festival stage by the time New Year’s rolls around.

Hometown heroes Make Them Suffer have had a big 2016, with an even bigger 2017 on the horizon. A new record deal with Rise Records, worldwide touring with Parkway Drive, Architects, Whitechapel and August Burns Red, festival appearances and crushing new single Ether tearing up the triple j airwaves are all a precursor to the guys and girl taking over the heavy world with a new album full of their intricate blend of progressive elements, dual vocals and crushing heaviness.

Sydney’s Hellions have been riding a wave of critical acclaim leading up to the release of their third album Opera Oblivia, which is currently enjoying triple j Feature Album status. After wowing audiences at not one, but two sold out Unify Gatherings, Hellions spent the past couple of months on the European festival circuit, with appearances at Impericon Festivals, Groezrock and Slam Dunk amongst others, solidifying their reputation as one of the most innovative, passionate and talented bands around.

Local legends Saviour will be flying the flag proudly for Perth this New Year’s Eve. Before they called it a day, Saviour were one of the most promising young Australian bands in heavy music. On the fast-track to becoming one of the best in the genre their sudden decision to call it a day in early 2014 left their flourishing fanbase reeling. Resurrecting the band earlier this year with three new members, including Shontay Snow, Saviour have reshaped their sound for the next leg of the journey, which has seen the band support Being As An Ocean, Ocean Grove before heading back into the studio to lay down their new album.

Red Hill Auditorium is a world class, multipurpose outdoor concert venue with a breathtaking vista of the city of Perth and completed by spectacular sunsets. For a truly unique and unforgettable way for everyone to bring in the new year, Redfest will be offering special VIP tickets (limited to 150) which will give punters who purchase them access to the VIP deck with a panoramic view over the event and the city, a private VIP bar with a selection of drinks not available anywhere else in the venue, own toilet facilities and a complimentary drink. 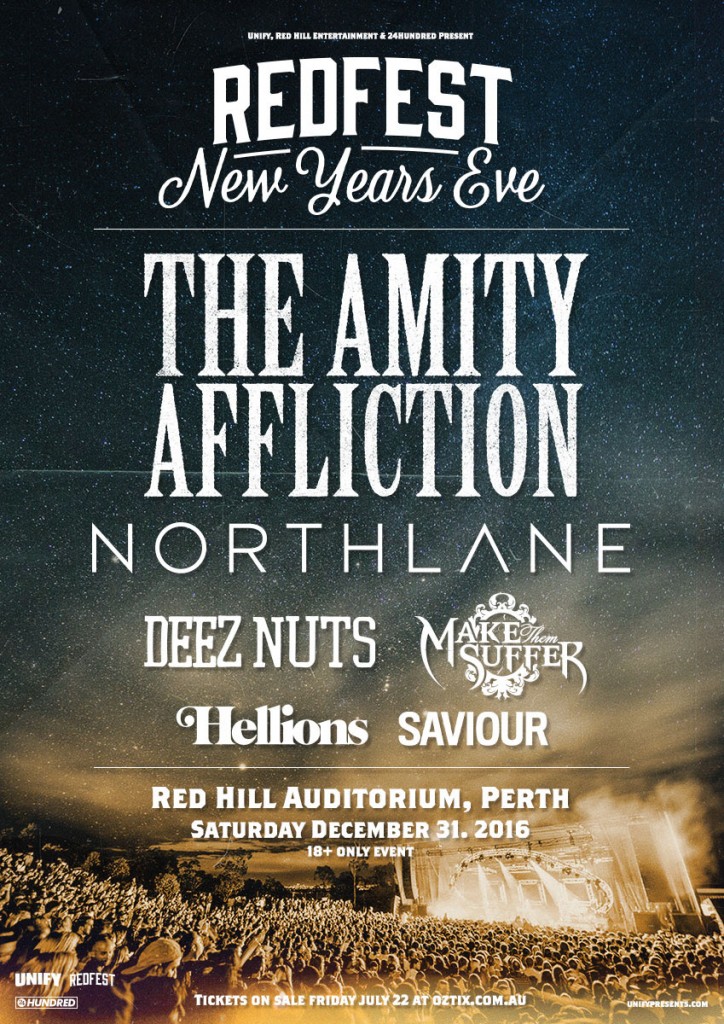