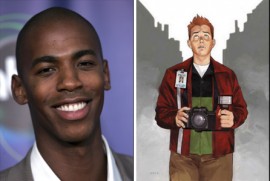 ‘CBS’ upcoming Supergirl series has found its James Olsen in True Blood’s Mehcad Brooks. Brooks’ character will be photographer at CatCo, the media company where Kara Zor-El, aka Supergirl, works, and had previously been working in National City for mysterious reasons. He may be a potential love interest for Kara, played by Melissa Benoist.