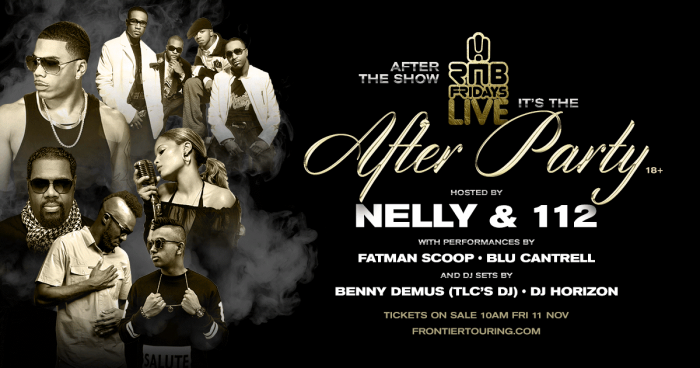 It’s the event that keeps on giving: RNB Fridays Live official after parties set to take place across the country. Taking place straight after RNB Fridays Live wraps up in each city, these after parties are your chance to party all night long with some of RNB’s biggest superstars. Missed out on tickets to the concerts? […] 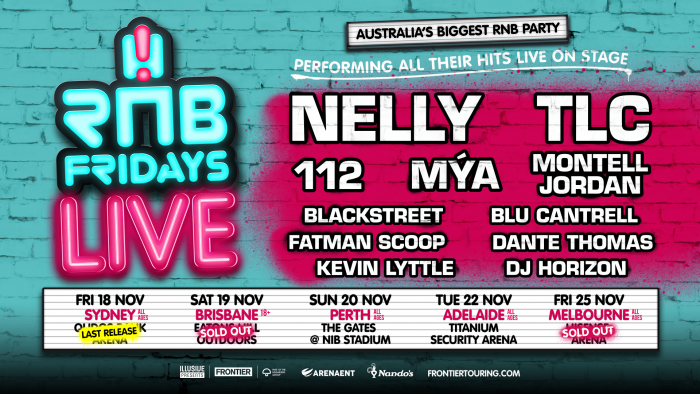 RNB Fridays Live will now land in Adelaide’s Titanium Security Arena on Tuesday 22 November! There’s no denying the hype around RNB Fridays Live; the Sydney, Brisbane and Melbourne shows have been totally sold out for weeks and limited tickets remain in Perth after a venue capacity upgrade. Sydneysiders who initially missed out on tickets: great […] 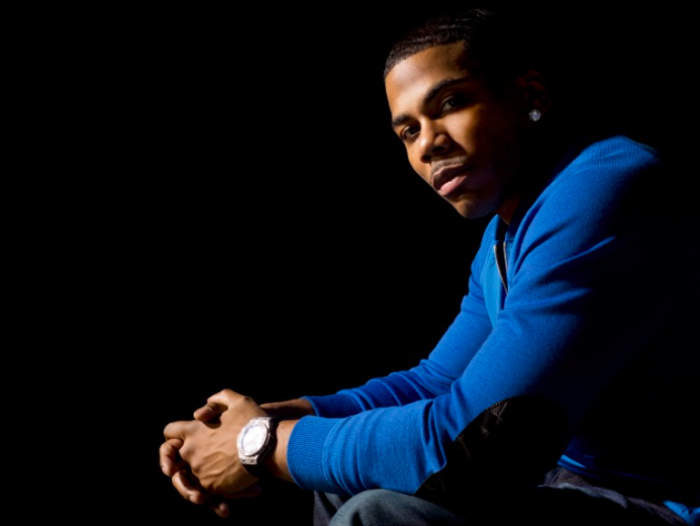 American rap god Nelly has announced November headline shows for Australia and New Zealand Dates have been announced for Sydney, Melbourne and Darwin, along with shows in Auckland and Christchurch. This exciting news follows the announcement of RNB Fridays Live which features Nelly and has sold out in Melbourne, Sydney and Brisbane with limited tickets remaining […]

Get ready for the party of the year! Australia’s largest independent touring company, Frontier Touring is joining forces with Australia’s biggest and most listened to entertainment company, Southern Cross Austereo and its Hit Network to bring you RnB Fridays Live, an unmissable event that will bounce into Sydney, Brisbane, Perth and Melbourne this November. RnB […]