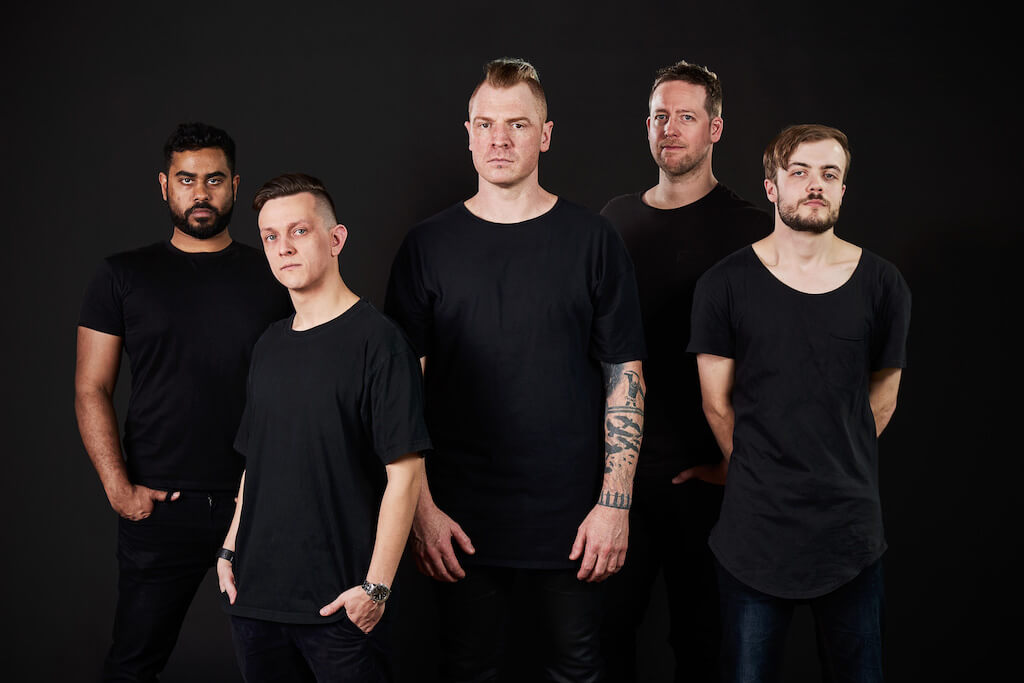 Synaescope unleashes a killer slice of progressive post-hardcore with their new EP entitled ‘Unalone’. Fans of The Haunted, Slipknot, Killswitch Engage & Periphery, will not be disappointed when digging into this release.

The guys have pieced together one hell of a five-track EP. Meshing some truly head stinging heavy riffs, soaring melodic choruses leading into pure heartfelt moments of rage and aggression. They take all the best bits on metal, post-hardcore, progressive & modern rock, blending it into an incredibly well-written collection of songs.

Unalone catches a world-class act firing on all cylinders with a delivery that carries intense weight and emotion. Unfortunately, with all release shows cancelled as Covid strikes again. Synaescope is yet another band to have their release plans greatly affected. Luckily they have marched forward in sharing this epic release with the world.

Not afraid of laying it all on the table, Unalone deals with isolation, depression, pain, loss, hurt and anger – all the fun stuff! Warren Harding (vocals) tells us: “There was a lot of anger built up that I think had to come out in this recording – pissed off with people leaving, pissed off with people dragging their feet and having to do things multiple times, over and over again in terms of tracking, re-tracking and finally getting into the studio. So when that came around, I think you can hear it in my vocal delivery – I either feel lost or pissed most of the time.” Back with a new energy, a massive progression in both songwriting and sound, Synaescope’s new EP Unalone delivers on all fronts and is definitely a band to be keeping an eye on.

Synaescopes Unalone is available now from all major streaming services.

EP & merch packs can be ordered directly from the band here.

SYNAESCOPE “Consequences Are A Choice”