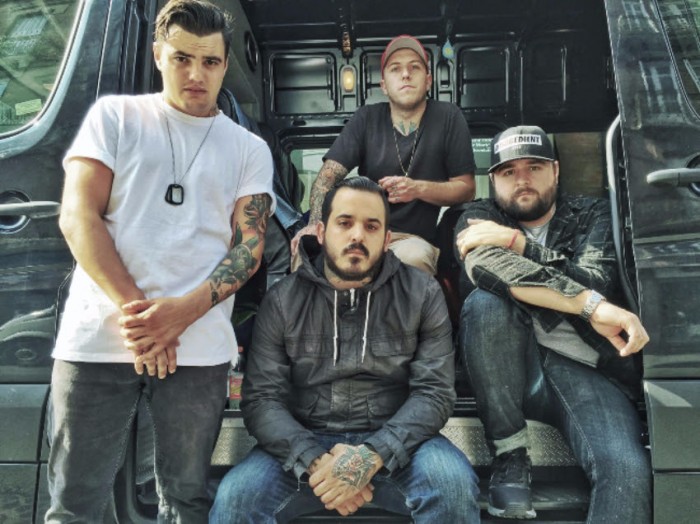 Stray From The Path’s hard-hitting new album Subliminal Criminals is out today via UNFD.

New York’s Stray From The Path are known for their politically charged lyrics – and Subliminal Criminals is no exception. Featuring tracks such as ‘Badge & A Bullet Part II’, a commentary on the strained relationship between law enforcement and civilians, the band asks those in positions of power: “Which side are you walking on?”
‘D.I.E.P.I.G’ is a short, sharp burst of bile taking aim at artists involved in alleged misconduct with their own fans. Its secures the band’s take-no-prisoners approach to issues that affect people around the world today, as guitarist Thomas Williams explains in a recent interview with Alternative Press: “The album touches things like nature, our food and water supply, slavery by debt, glorification of war, business of the medical industry, government spying on their own citizens, sexual predators in the music scene, current state of law enforcement and the ending of one of my best friends’ six year relationship. It’s a wide array of topics, much like every other Stray record, we write about whats happening in our lives and the things that we see.”

Stray From The Path are no strangers to Australian shores, first touring the country in 2013 on the Northlane ‘Singularity’ tour and then in 2014 on The Amity Affliction’s massive ‘Let The Ocean Take Me’ tour. The band has hinted at plans to bring Subliminal Criminals to Australia in the near future.

Check out the video for ‘Outbreak’ below.

Check out the lyric video for ‘Badge & A Bullet Part II’ below.