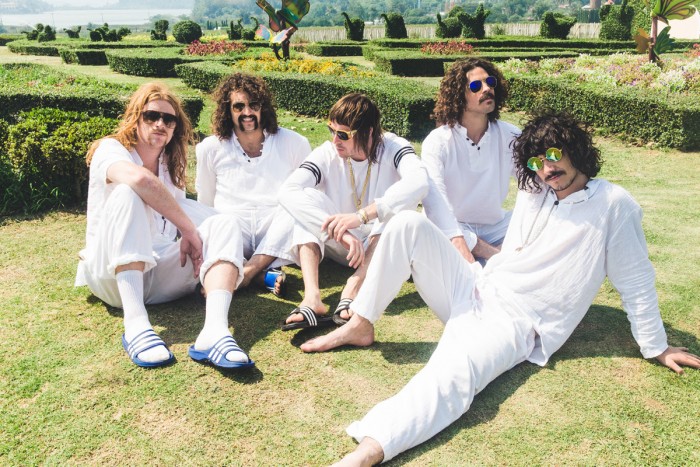 Coming off the success of their critically acclaimed sophomore album Land Of Pleasure – Sticky Fingers have had an impressive last few years. The lads spent most of 2015 abroad with a plethora of shows around the world, taking them to USA, Canada, Europe, UK, and New Zealand. The album debuted at #3 on the ARIA charts, stormed the AIR Independent Album Chart at #1, was triple j feature album with three tracks making it into the 2015 Hottest 100 (Gold Snafu making it to the top 20) and also making it in 2016 despite not releasing a single that year (their Like A Version of DMA’s “Delete” coming it at number 84).

New single “Our Town” sees the band bring it back a notch. With layers of harmonies layered over distinctive sticky bass, a classic ‘big red’ guitar solo, and a chorus ready-made for a glorious festival sing along, “Our Town” shows a softer side to the forthcoming new album before their highly anticipated performance at Splendour In The Grass 2016 and UK, Europe, US, and Canadian tour.

So raise your lighters in the air, this is our town.