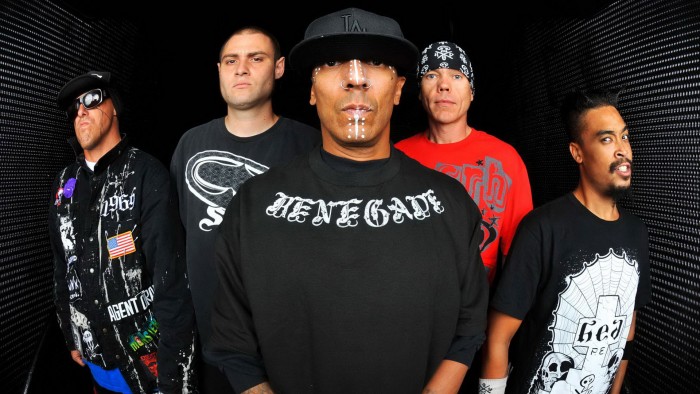 Ahead of their October tour playing their classic “Get Some” album in full, reformed Funk Metal legends “Snot” have just announced they will now be joined by Californian rasta-punk legends (Hed)p.e. for their double headline national assault!

The Adelaide show scheduled for the 18th of October has been moved to the 13th and the Sydney show on the 16th of October will move to The Factory.

With a career spanning more than 20 years and nine albums, U.S. metal/rasta/punk heavyweights (Hed)p.e need no introduction to Australian fans. The band have enjoyed a long-running love affair with the country ignited by (HED)p.e.’s genre defying blend of aggressive sound and enlightened lyrics. While the band has weathered the stormy waters of the music business for over a decade and enjoyed a slew of successful albums, it’s their quest for answers that has given them purpose.

(Hed)p.e. have their sights firmly set on the New World Order and they are using their brand of hardcore to bring it down. While early (Hed)p.e. albums found them mixed up in the rock n’ roll lifestyle, the group have been reborn to become the voice for a movement that empowers the youth and explores Secret World History, and at the same time promotes unity and political activism. Always pushing the envelope, (Hed)p.e.’s new album EVOLUTION is built on heavy dark riffs and deep, solid grooves.

When Snot released their debut album Get Some in 1997 it was heralded as one of the most melodic, groove laden offerings of the then popular nu metal scene. Full on massive punk riffs and killer heavy funk grooves, the album found immediate critical favor and won the band a legion of dedicated Snot Heads, in the process helping to fuel the founding fire of a new musical movement that was to sweep the globe. Dedicated Australian Snot fans will now be able to experience this groundbreaking album live in full as the band’s original line up pay homage to the late singer Lynn Straight who was tragically killed soon after the debut album release, which still stands strong today all these years later.