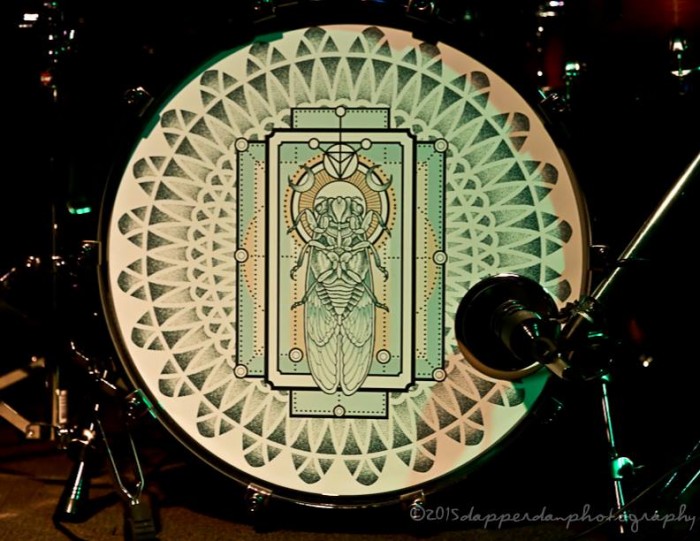 Skinpin began touring in support of the album in August and will culminate with them supporting legendary punk band The Exploited at The Manning Bar on Friday, December 11.

SKINPIN are a reminder that Sydney used to be home to a lot of 3 piece noisey punk bands. Formed out of the loveless and tiresome advertising and culling of musicians in the back of the free street press, they have been at it since 2011.

They play fast! Really Fast! I mean think of something fast and go a bit faster. They have a logo that simply says KEEP UP! and they mean it!

In a 30 minute set it’s not unusual for them to play 16+ songs with about 4 minutes break to breathe and drink.
(I think if they didn’t need to break they probably wouldn’t.) Unlike most bands who when they reach a certain speed turn into barking dogs and cookie monsters, SKINPIN can still be understood with all their melody and harmonies intact.

With the recent release of their new album So Turn It Back On available on Vinyl, Cd & Download, they’ve been touring around and trying to play as many shows as possible.  With their mission statement “Have Band: Will Travel” showing no signs of relief, they’ve been know to travel some huge distances to play which have been making an impact.

SKINPIN are a bit of an anomaly in the music world of today as they often get cited as sounding like a bunch of old school punk bands like: early Black Flag, Minor Threat, Discharge, GBH, Dead Kennedys etc but really, they sound like SKINPIN and as long as they get to play they’ll be happy.

In late 2011 Skinpin released their first album Shifting Sands, which featured a Top Ten most added track to community radio, Crawl. This, their second album, So Turn It Back On was released in June 2015

With the second albums, there is (usually) a natural progression from the first, so everything is a little more than last time. Faster, heavier, dirtier and culminating in a mammoth nine and a half minute groove jam but still having that catchy super fast punk rock sound Skinpin are known for.