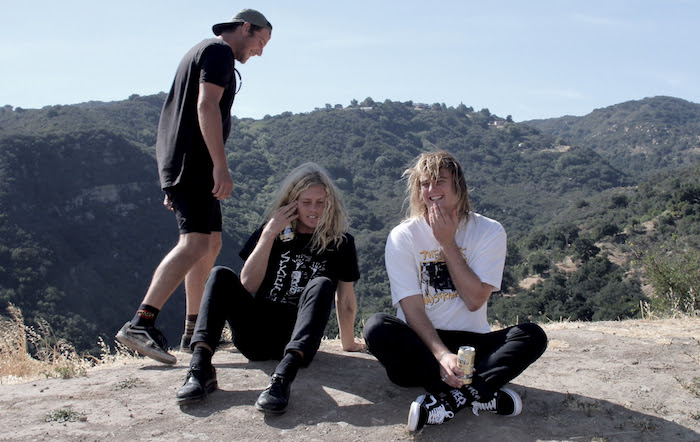 SKEGSS are stoked to announce that they have sold out their fifth show on the Everyone Is Good At Something national tour this August and September, with Sydney’s Newtown Social Club date joining Adelaide, Brisbane U18 and both Melbourne shows, with tickets to the 18+ Brisbane show selling fast. They are also excited to present ‘Mustang’ – the latest single taken from their sophomore EP Everyone Is Good At Something, out now via Ratbag Records.

Tickets to the remaining Everyone Is Good At Something Tour shows are on sale now fromcskegss.com. You can stream ‘Mustang’ now via Soundcloud and Spotify.

‘Mustang’ is an ode to singer Ben Ben Bograil’s Mustang and Telecaster guitars and is 3 foot-stomping minutes of the bright and posi punk the DIY, beer-drinking and self-producing maniacs from the surf coast are making themselves known for. The second single from the Everyone Is Good At Something EP, it follows ‘My Face’, the new track which Pilerats noted that “even though we’ve just barely stepped into winter, this one will make you feel like it’s 32 degrees outside.” You can ask anyone – the best part of releasing new music is being able to play it live. With supports from Verge Collection and Dumb Punts, this will be their first national tour since their summer 2015 sold out run and your only chance to see SKEGSS live until the summer.