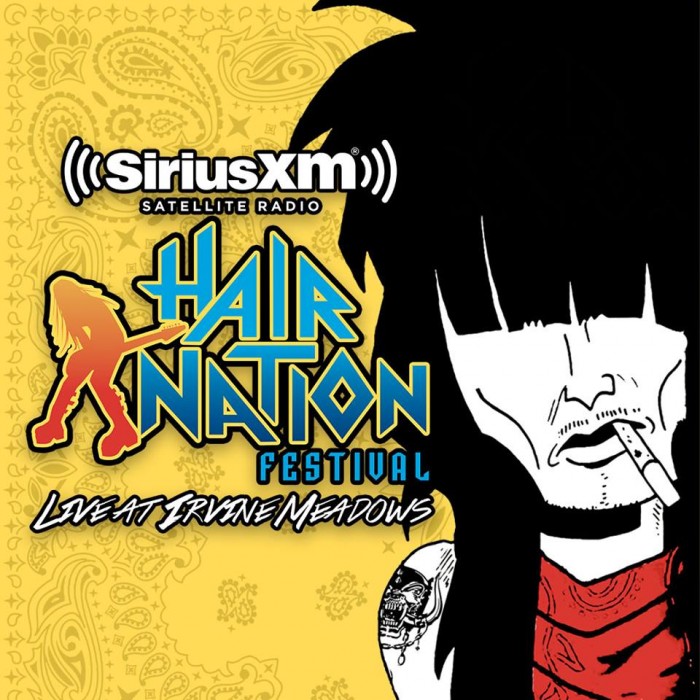 This Wednesday marks the official SiriusXM’s Hair Nation Festival Battle of the Bands.  The event will take place at the legendary Whisky A Go-Go (8901 Sunset Blvd., West Hollywood, CA) and will feature performances from eight unsigned bands hoping to win an opening slot for one of the stages at SiriusXM’s Hair Nation Festival next month. The grand prize winner will open the main stage and the runner up will open the second stage. Judges for the event include Eddie Trunk, Lita Ford, Tracii Guns (LA Guns), Brent Woods (guitarist for Sebastian Bach), and Jay Ruston (producer/engineer for artists such as Anthrax, Steel Panther, Stone Sour, The Winery Dogs, and more).  Doors are at 7:00 pm, with the event wrapping up at 11:30 pm.  The lineup is as follows:

VIP packages for SiriusXM’s Hair Nation Festival have already sold out, but there are still General Admission tickets available at www.HairNationFest.com starting at just $15 (plus fees).