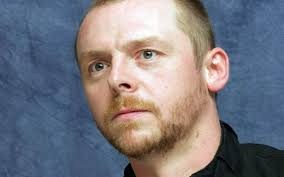 Scottish born actor Simon Pegg will not only be starring in the new Star Trek film, but he will also be co-writing it.

Reports are coming through that Pegg, who stars as the Chief Engineer Montgomery Scott in the franchise will be co-writing this installment with Doug Jung, the creator of the TV series “Dark Blue”
The 3rd installment of the film had originally been slated to be written by Richard Orci, but he has decided to drop out.

Pegg is not a newcomer to script writing, penning the “Cornetto Trilogy” with good friend Edgar Wright and the movie “Paul” with Nick Frost.
Justin Lin of the Fast and the Furious franchise will be directing the film for Paramount Pictures an is due to be released on July 8, 2016.