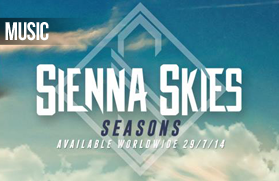 Sienna Skies have announced the release of their new album ‘Seasons‘. It will be released worldwide on July 29 via InVogue Records. The Band recorded the album in Nashville with Brian Hood at 456 Recordings just before coming home from the Scream It Like You Mean It tour  across America with Story Of The Year. 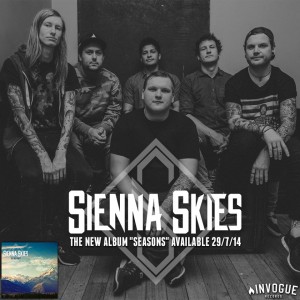