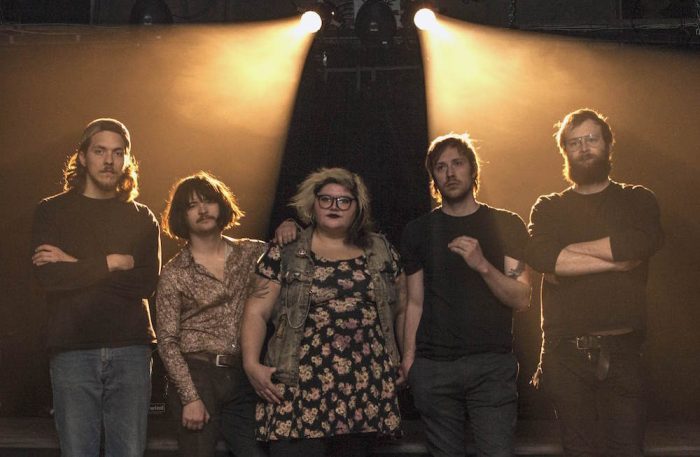 The five piece will be touching all coasts this December, with performances in Sydney, Wollongong, Melbourne, Brisbane and Toowoomba, on top of announced appearances at Fairgrounds Festival (NSW), Meredith Music Festival (VIC) and Disconnect (WA).

Sheer Mag are the kind of band whose name you scrawl into a wooden school desk, with lightning bolts on either side. They’re the kind of band that make you want to tear the sleeves off your denim jacket, smash your beer bottle against a wall, and launch your sweaty torso into a crowded pit of bodies, thrashing about in ecstatic celebration.

Inspired by dirty punk rock and your dad’s entire collection of LPs, the Philadelphia power rock outfit are one of the most electrifying, turn-it-up-to-11 and yell “fuck you” to the man bands playing rock and roll at the moment and they’ve just announced a Melbourne show. Just for you.

Prep your earholes for the live sonic assault on Sunday December 11 at The Tote, following a blowout slot at Fairgrounds Festival and the famed Meredith Music Festival. Sheer Mag will be joined by soulful rock’n’rollers, Melbourne locals TYRANNAMEN (feat. members of Twerps and Whipper). Opening things will be MISS DESTINY, conjuring horror/glam crime tales in a storm of blonde rock. 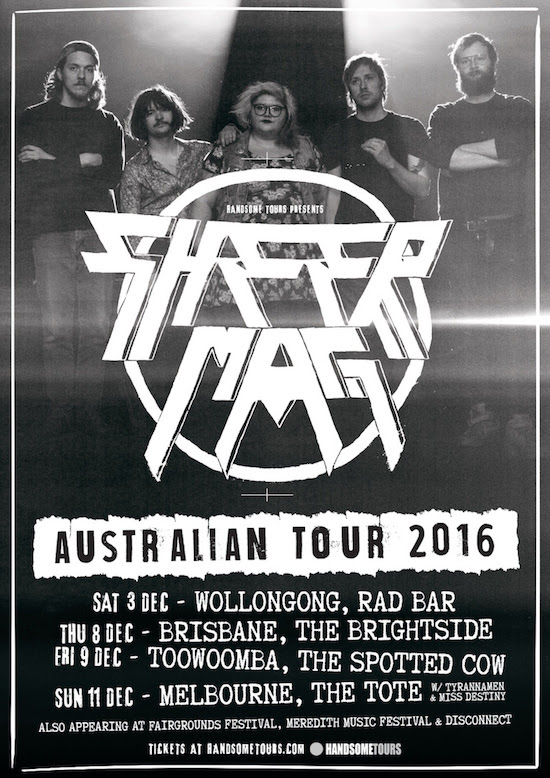