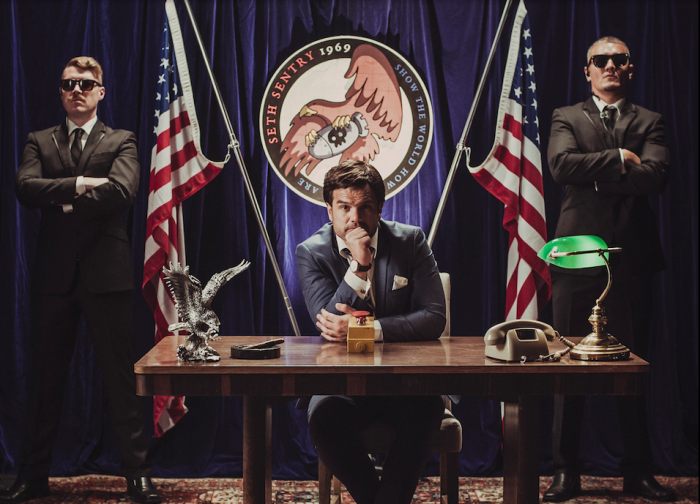 With the 1969 Campaign Trail Tour now only 2 weeks away, Seth Sentry has announced his local rally partners. With the likes of Mathas, Nico Ghost and Sarah Connor representing their local seats, the already massive lineup is now complete.

Candidate Sentry’s announcement of the chance for 2 lucky supporters to be flown to their show of choice with all expenses covered and a chance to meet the man himself has prompted a flurry of campaigning across the country with supporters going to great lengths to photograph themselves on the campaign trail. Savvy supporters have had the campaign slogan #SENTRY69 tattooed on them, painted on the side of an aircraft with supporters as young as 14 hijacking their local schools signage to convey the campaign message.

Details of all local supports and how to enter the #SENTRY69 comp can be found on his Facebook and at www.sethsentry.com.au 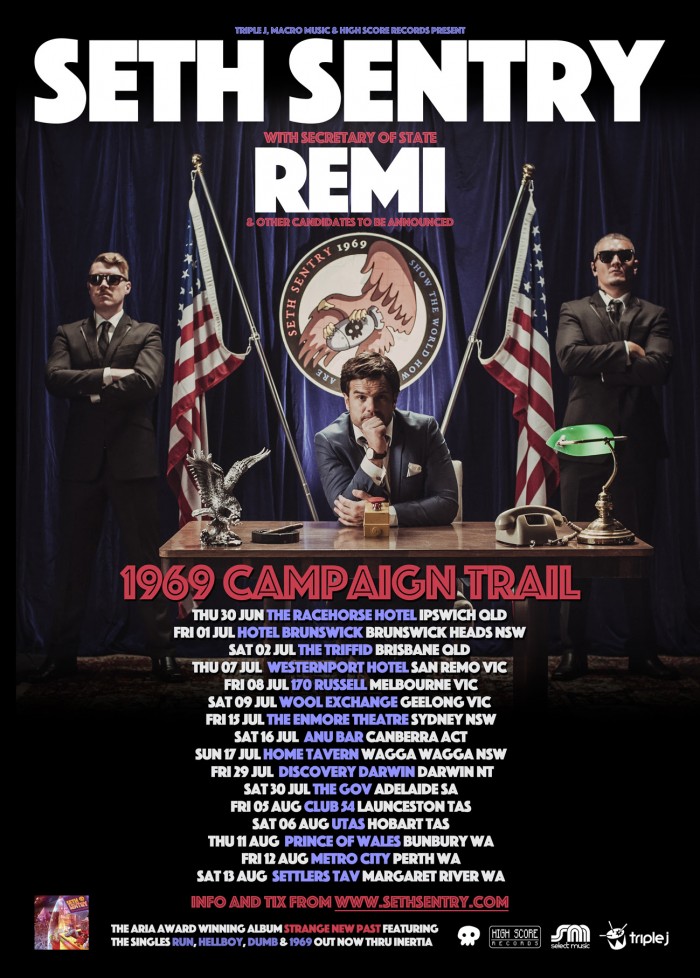