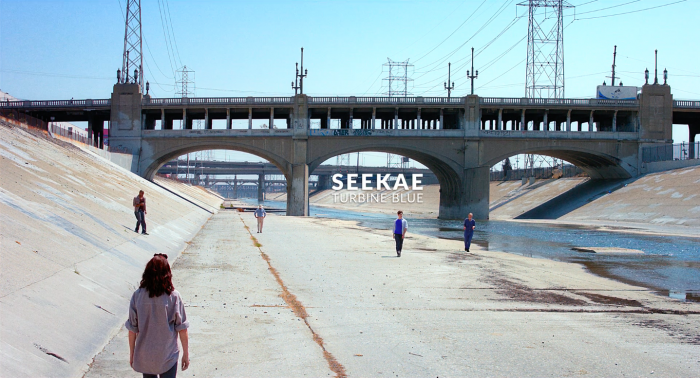 Seekae today release the video for their striking new single, ‘Turbine Blue’. Directed by Kris Moyes, the video follows seven figures along the canals of sixth street. This was the last video to be shot under the iconic bridge, made famous by classic films such as Grease and Terminator 2, before it was officially closed and demolished.