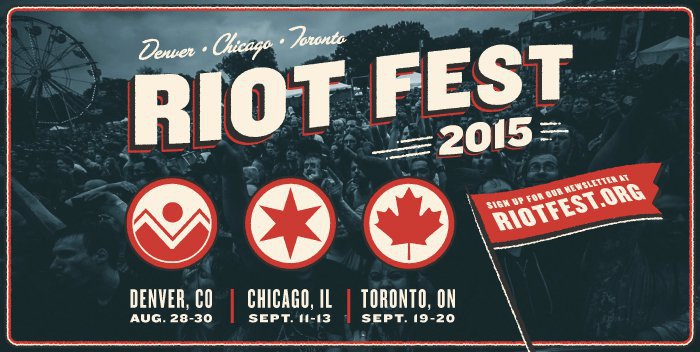 System of a Down, The Prodigy, Death Grips, 88 Fingers Louie, Chef’Special, and Input & Broken will be joining the lineup for Denver’s Riot Fest & Rodeo, August 28-30 at National Western Complex.

For fans on a tight budget, Riot Fest is also bringing back its layaway program, offering the option to pay for tickets in installments leading up to the festival. Details here: https://www.ticketfly.com/purchase/event/881549?utm_source=Western%20Publicity&utm_medium=press_release_layaway

In addition, several artists have confirmed that they’ll be performing their seminal albums. This year, Snoop Dogg will performing his debut albumDoggystyle, Rancid will perform …And Out Come The Wolvesin celebration of it’s 20th Anniversary and Ice Cube alongside a few special guests will be take the stage and perform a remix of N.W.A’s pivotal albumStraight Outta Compton.

On top of the many bands performing, the festival will also feature special performances by the Rock-Afire Explosion and Hellzapoppin Circus Sideshow Revue. The Rock-afire Explosion, is considered by many to be the greatest animatronic rock band of all time. In the 1980s it was synonymous with ShowBiz Pizza Place restaurants, for which it was specifically designed. Perennial favorite Hellzapoppin’ Circus Sideshow Revue will make their return to the festival to entertain patrons with their bizarre and shocking theatrics. Other attractions include a professional pitmaster BBQ cook-off, mini-golf, a video arcade, mechanical bull, games, a carnival, and more to be announced in the coming weeks.

Riot Fest and their partners at Soda Jerk Presents have a reputation for cultivating lineups that feature reunions and rare appearances—and 2015 is no exception. Drive Like Jehu, L7, Babes in Toyland and Thrice are all reuniting to play the festival, which also includes rare performances by RUN DMC, Godfather of punk Iggy Pop, Bootsy Collins, The Damned, Swervedriver and The Dead Milkmen and more give 2015’s edition it’s unique feel. 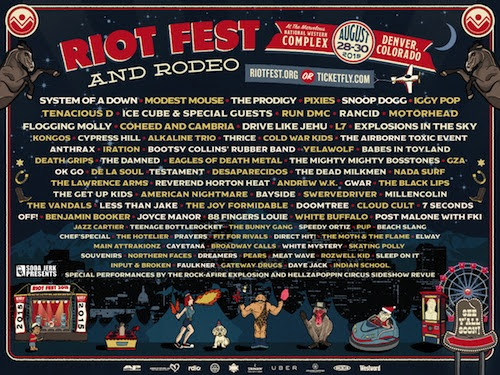