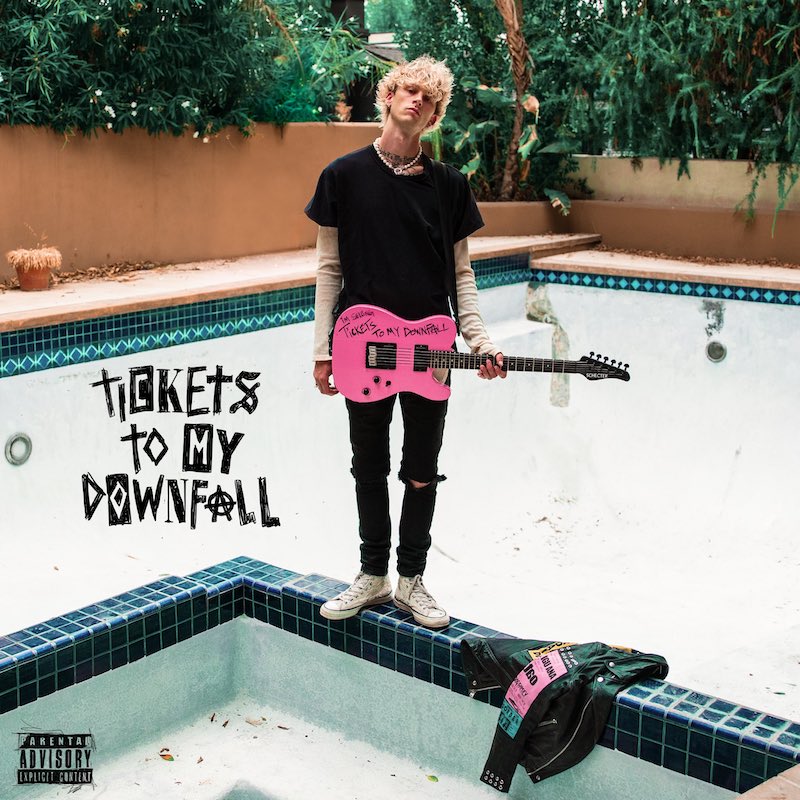 Well 2020 is now thankfully over and while for the majority of the year bands weren’t able to tour there were still some great albums being released. From hard rock legends to pop punk newcomers there was plenty of new music to help us through a disastrous year. Here’s our Top 10 albums of 2020 –

1. Machine Gun Kelly – Tickets to My Downfall : MGK teamed up with Travis Barker to bring pop punk back to the masses. The result was an anthemic love note to the genre.

2. Ozzy Osbourne – Ordinary Man : The prince of darkness returned to give us a metal awakening that was anything but ordinary. A hellish ride with guests including Slash, Duff, Tom Morello, Elton John and Post Malone.

3. Brian Fallon – Local Honey : The Gaslight Anthem front man stole our heart again with his newest solo album. An album to help you through lonely nights from the sweet Jersey storyteller.

4. Yours Truly – Self Care : We had high hopes for the Sydney pop punkers debut album and they truly delivered. An album full of heart setting them on the path to the world stage.

5. The Used – Heartwork : Bert and the boys returned to blow us away. It’s an album to get lost in with plenty of feeling.

6. AC/DC – Power Up : The Aussie rock powerhouse gave us a new album of their signature sound in tribute to Malcolm Young. Keeping their wild reputation intact Power Up is like a fireball shot followed by a beer chaser.

7. Aviva – Volume 1 : We have been crushing on Aviva ever since first seeing her live. Her wicked debut album had us drowning in the emotive lyrics and psycho sounds.

8. Silverstein – A Beautiful Place to Drown : The Canadian emo rockers remain relevant on their 10th studio album. A sonic catchy assault pushing their sound while still retaining all the elements to make you smile in your sleep.

9. Green Day – Father of All Motherfuckers : It’s a hella mega good time, breathing new life into the punk rock trio. An album that sees them tap into their teenage rock n roll selves.

10 . The Bombpops – Death in Venice Beach : The Californian punkers have built on their sound giving us a catchy yet edgy sophomore record. The sweet Jen Razavi’s and Poli van Dam’s vocals are highly addictive in a dark storytelling way.