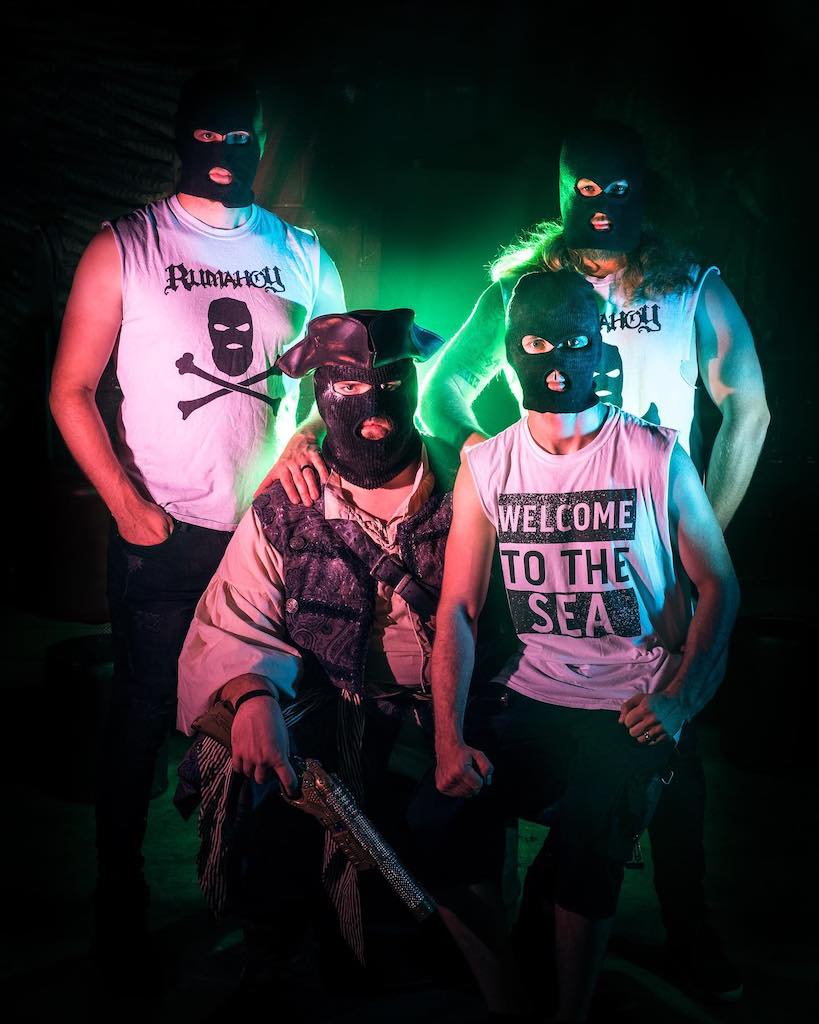 The Pirate Metal prodigies RUMAHOY bestow yet another single fresh off their new album Time II: Party, to be released via Napalm Records on July 17, upon us.“Treasure Gun” shines with a steady rhythm, smashing drums and quick guitars – this track has it all.

The single is accompanied by a minimalistic though tasteful lyric video that will bring the story of the legendary gun closer to the viewer. Standing out due to the fact that, instead of shooting bullets, this firearm shoots diamonds after being loaded with valuable gems, the “Treasure Gun” is still just as deadly and can (and will!) be used by Captain Yarrface to plunder more treasures to make him an even more legendary pirate!

Captain Yarrface of RUMAHOY on “Treasure Gun”:
“NOW IS THE TIME FOR THE STORY OF THE GREATEST WEAPON EVER TO GRACE THE EARTH!! MY TREASURE GUN!! WELCOME TO THE SEA!!”