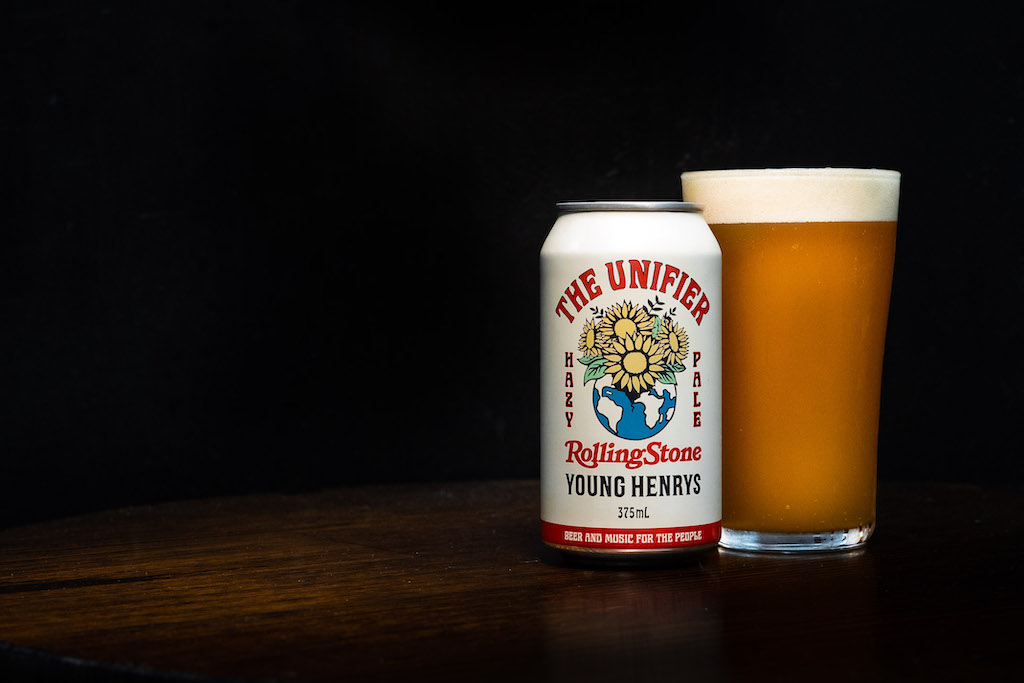 Rolling Stone, the legendary music and culture authority, and Young Henrys, the Newtown, Australia-based brewery, announce the launch of The Unifier. The limited-edition hazy pale is inspired by music’s power to bring people together throughout the ages and marks Rolling Stone’s first co-branded collaboration with an Australian craft beer.

The Unifier is a hazy and hoppy pale ale made from rolled oats, with stone fruit aroma and flavour, and will be made available on tap and in tinnies nationwide today.

“Rolling Stone has played a pivotal role in celebrating music’s culture-defining moments for over 50 years,” said Rolling Stone President and Chief Operating Officer Gus Wenner. “We’ve joined forces with Young Henrys to create a beer that not only honours our heritage but also reminds today’s generation that history is still in the making.”

“Great collaborations happen when people of similar values meet,” said Young Henrys co-founder Oscar McMahon. “It’s no secret that the Young Henrys family is made up of dyed-in-the-wool music lovers who embrace all that music is, was and represents within society and culture. So, we made a beer with Rolling Stone that honours that sentiment.”

As part of the partnership, Rolling Stone has brought on Rolling Stone Australia, published by The Brag Media, to promote the product in the local market.

“Young Henrys’ love for music runs through their brewery and history, so we are thrilled that they are crafting the first-ever Rolling Stone beer in Australia and sharing it with music fans across the country,” said Brag Media CEO Luke Girgis.

Get your hands on a tinnie or schooner of The Unifier at your nearest pub or dearest bottle shop starting today.