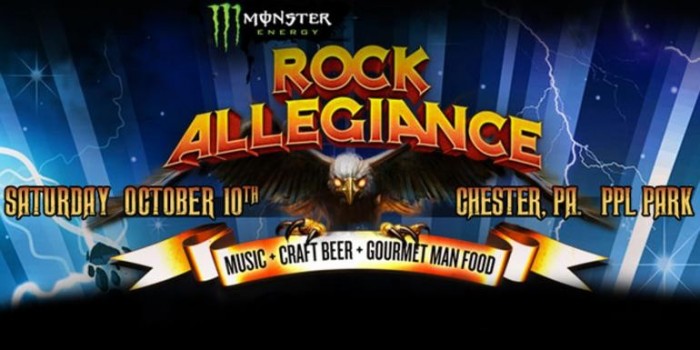 Band performance times have been announced for the second annual Monster Energy Rock Allegiance,Saturday, September 17 and Sunday, September 18 at Talen Energy Stadium in Chester, PA, just outside of Philadelphia.

Monster Energy Rock Allegiance will feature a lineup of over 35 bands on three stages, led by rock heavyweights Avenged Sevenfold and Alice In Chains, along with Slayer, The Offspring, Breaking Benjamin, Volbeat and many more. In addition to three stages of top rock bands, Monster Energy Rock Allegiance features a craft beer and Gourmet Man Food experience celebrating what makes Philadelphia cuisine famous, unique and delicious. Look for Jose Mangin from SiriusXM’s “Liquid Metal” and “Ozzy’s Boneyard” meeting fans and hanging out at the festival all weekend long.